…As Arewa Community Boils, May Retaliate
By Kenneth Orusi, The Nigerian Voice, Asaba 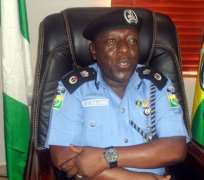 Following the killing of four persons with five others severely wounded at the Abraka market Friday, in Asaba heads of the Department of State Security (DSS), Army, the police with other sister agencies led by the Commissioner of Police in Delta State, Mr Ibrahim Zanna, have summoned a meeting of the Arewa community and stakeholders to a round table talk.

Mr Zanna also disclosed that the ring leader who master minded the shooting which led to the death of four persons and leaving five others fatally wounded has been apprehended.

He said the arrest followed a tip-off, “by the grace of God, the master-mind of the whole escapade got into our hands this afternoon and he is helping us in investigation”.

At the meeting security operatives charged members of the Arewa community not to resort to self-help neither allow themselves to be carried away with the ugly incidence.

“When you lost a property or something very important, your senses should not follow that thing or you will lose your senses also. You should always try to maintain those senses that will help you to pick up the pieces of your life and go on with your life”.

The security bosses gave the advice Saturday at the Officer Mess in Okwe, where they advocated for the maintenance of peace and order in the state, “it is not the question of an eye to an eye”, charging them to proffer credible information as a way of assisting the security agencies in doing better.

“We have religious leaders, elders, we are calling on people to be calm, to fear God and allow authorities to take over the situation so that it will not go out of hand. We should never contemplate of taking laws into our hands, it is very wrong”.

Earlier, a cross section of Arewa who spoke during the meeting expressed their dissatisfactions over the Friday’s incidence, calling on the state government and security agencies to braze up to their responsibilities.

They accused the Ifeanyi Okowa-led government of allegedly exposing them to attacks as there are no security plans put in place to secure their lives and property.

“we are not happy that up till now no government official has come to see how we are faring since the killing of our people occurred Friday. If we call our people and let them know how we are being treated here, they will retaliate. We are ready to fight with the last drop of our blood. We are not going to run, we are here”.

They however commended the quick response of the police on the situation but not that the police should do more to save them from further attacks.