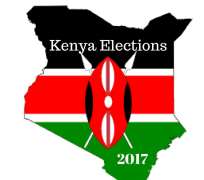 In August 1851,Karl Marx wrote and published an essay of sixty eight pages under the title; Eighteenth Brumaire of Louis Bonaparte, It was describing the then political problems of the French Parliament and the Executive underLouis Bonaparte, the nephew of Napoleon Bonaparte. Even though Karl Marx was in an unfortunate position of being a political refuge in Paris, France, it is surprising thatthis is one of the most quoted literary works in the world that have been written by Karl Marx. Relevance of this essay by Karl Marx to the current politics in Kenya coincidently starts with the words in the title; Eighteenth stands for the Date, Brumaire is a French word for the months of August and Louis Bonaparte was the nephew of Napoleon Bonaparte, he had had inherited the Presidential throne of his uncle Napoleon Bonaparte to assume the Presidency of France, then he broke into a foolish political spree of killing therevolutionary spirit of brotherhood, equality and liberty. He went ahead to establish one of the most irresponsible parliament in history of parliamentary democracy.

In the opening paragraph on page one of this books, Karl Marx faults Hegel for only having philosophized that history of the world great personages and figures appears twice, without adding an emphasis that,‘first time as a tragedy and second time as a farce’.Karl Marx went ahead to make it clear by giving an example of the first historical political tragedy of Napoleon Bonaparte and the then current circumstances of political farce of Louis Bonaparte.

An analogy of some sort will correctly expedite that these historical circumstances so well applies to the current social experiences in Kenya, in the form of Political farces observable in the currentPresidency of Uhuru Kenyatta the son of Jomo Kenyatta the first president of Kenya. JomoKenyatta’s Presidency ended with his death in August 1978-a tragedy, similarly Uhuru Kenyatta’s presidency has been dismissed by the judge of supreme-court in august 2017- a farce .These are the two experiences of great men’s history proceeding first time as a tragedy and a second time us a farce.

It in this book the Eighteenth Brumaire, Karl Marx dismissed the French parliamentary democracy and its institutions under Louis Bonaparte as ‘merely cheap clique of persons shallow in character, deep rooted in the sense of property and mutton-headed but full of anent persiflage that sometimes calcify into full blast phantasmagoria’. Truly, an observation of several events and political maneuvers that politicians at central and devolved government levels perpetrated during the Presidency of Uhuru Kenyatta confirms Marx’s position, political leaders in Kenya have displayed political behaviors that will readily fit the above description by Marx. The mega corruption, tribal politics and outright social exclusion as perpetrated by Jubilee government in Kenya squarely dovetails into political failings that Marx dismissed as anent and persiflage. This is a flawless description especially from policy perspectives.

On the same first page of the Eighteenth Brumaire, Karl Marx goes humorous to philosophize that;‘men make their own history but they do not make it as they please; they do not make it under self-selected circumstances, but under circumstances existing already, given and transmitted from the past; that, the traditions of the dead generations weigh like night mares on the brains of the living’.This is the paragraph that beautifully describes the drama around Presidential results of 2017 August elections in Kenya. Evidently, Uhuru and Ruto were out to make great history of their lives, they wanted to do so bygoing for the second term as the President and the deputy President of Kenya. They used all tools of power from gerrymander, campaign, money, dissolubility to computer related electoral frauds and all other tools that could enable them to get power. This was their will, but their will did not give them greatness they wanted, instead it gave them what was described by William Ruto himself as a permanent station of shame in their history.

Thus, Kenya’s Political experiences on the August 8th, 2017 are not a protégé of human efforts,it is a natural phenomenon of history, a history in which the people of Kenya are tired with the monstrous awareness on their mind that bad politics in the past made Kenyan generations to suffer and hence it must stop. This was the substructure of reasons and emotions seen in the spontaneous uproar of song and jubilant dancing on the news of the Supreme Court overturning Uhuru Kenyatta’s presidency. It is time for Kenya’s history, the history that is a judge and the executioner will be a voter come the second round of voting for President on 17th October 2017.