More teachers to be employed in Anambra 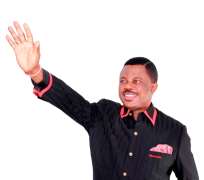 The State Governor, Chief Willie Obiano made this known during the opening ceremony of the 2017 Principals Retreat held at Madonna Renewal Centre, Nkpor.

The retreat with the theme: ``Effective Teaching and Learning in Anambra State Secondary Schools for Optimal Performance’’.

No fewer than, 257 secondary schools in the state participated in the event.

Gov. Obiano while addressing the principals said the recruitment of teachers which had been factored into the 2018 budget was aimed at addressing the number of students per teacher ratio in secondary schools.

``At the moment the teacher –student ratio stands at 500 students per teacher.’’

He stressed that education as one of his utmost agenda, is geared toward providing qualitative learning to the students of Anambra to sustain their stand in global world.

Obiano said education recorded more than 72 per cent since he assumed office.

According to him, the drop in the number of students from Anambra that sit for external examinations is because my government closed down all miracle centres in the state.

Gov. Obiano, then, urged parents and teachers to work more in moulding the character of the children.

He solicited for the support of the principals toward supporting his `comeback bid’.

In her address, the Commissioner for Education, Prof. Kate Omenugha said that the essence of the retreat was to ensure the school administrators were adequately sensitized on the vision of the present administration.

The idea was also to effectively drive the ongoing revolution in the state's education sector.

He acknowledged that the reason for the success story of Anambra State across all sectors was the character of APGA as a political party.

In her welcome address, the Chairperson of the Post Primary School Service Commission, Lady Joy Ulasi said the retreat was aimed at advancing the promotion of effective teaching and learning in the State secondary schools through quality assurance indices and maintenance of discipline among teachers and students.

The Transition Chairman, Idemili North Council Area, Ralph Nnabuife said that school principals as opinion influencers had major roles to play in ensuring that the state education system did not collapse because of bad leadership.

They said that they were now better equipped to perform their duties as the new academic session opens.