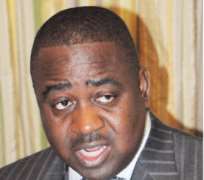 THE FEDERAL government, through Abubakar Malami, SAN, the attorney general of the federation and minister of Justice, has revealed how Benue State’s N16.6bn was allegedly diverted fraudulently by a former aide to Gabriel Suswan, the immediate past governor of Benue State, and two other officials of the state.

The money was allegedly diverted from Benue State’s bank accounts for the Subsidy Reinvestment and Empowerment Programme and the Joint Allocation Account for Local Government funds.

Out of the N16.6bn, the suspects allegedly, between June 15, 2012 and May 29, 2015, diverted N7,032,333,506.28 from the state’s ‘SURE-P Local Government component’ bank account into the account of the Benue State Local Government Joint Account with the aim of concealing the money and for their own personal benefits.

They were also alleged to have, between June 15, 2012 and May 29, 2015, diverted another sum of N4,230,953,000 from the state’s Local Government Joint Account into the Benue State Association of Local Government of Nigeria “with the aim of concealing the money being property derived directly from corruption”.

It was signed by Aminu Alilu, an assistant chief state counsel in the DPP of the Federal Ministry of Justice.

Named as the first defendant in the case is Solomon Wombo, a former special adviser to the ex-governor on Bureau of Local Government and Chieftaincy Affairs, who doubled as the chairman, Joint Allocation Account for Local Government Committee in the state.

The third defendant is Isiah Ipevnor, a former director of Accounts and Finance in the state’s Bureau of Local Government and Chieftaincy Affairs.

Others named as defendants in the charges filed before the Federal High Court in Abuja and marked FHC/ABJ/CR/48/2017, are Omadachi Oklobia, a former commissioner in Benue State under Suswam’s administration, and Janet Aluga, the then accountant, Benue State Government House Administration.

Also, the Economic and Financial Crimes Commission, in another case before Justice Ahmed Mohammed of the Federal High Court in Abuja, is prosecuting Suswam and Oklobia on money laundering charges involving alleged diversion of N3.1bn proceeds of the sale of shares of Benue State in some companies.

In the fresh nine counts, filed against Wombo, Sambe and Ipevnor, the AGF accused the three defendants of diverting the sum of N16.6bn in violation of various provisions of the Money Laundering (Prohibition) Act, 2011 and the Advance Fee Fraud and Other Related Offences Act.

The AGF office accused the defendants of “conspiracy to transfer property derived directly from corruption contrary to Section 18 of the Money Laundering (Prohibition) Act, 2011 and punishable under Section 15 of the same Act.’’

The defendants were also accused of “transfer of property derived directly from corruption contrary to Section 15(1)(a)(ii) of the Money Laundering (Prohibition) Act, 2011 and punishable under the same Section of the Act”.

They also face charges of “conversion of property derived directly from corruption contrary to Section 15(1)|a)(ii) of the Money Laundering (Prohibition) Act, 2011 and punishable under the same Section of the Act.”

The accused persons are also charged with offences of “obtaining by false pretences contrary to Section 1 of the Advance Fee Fraud and Other Related Offences Act, Cap A6 Laws of the Federation of Nigeria 2004 and punishable under the same section of the Act.” – The Punch newspaper