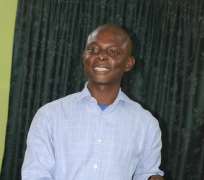 Congress of Nigerian Youth, Osun State chapter has honoured the Chairman of the Correspondent Chapel of Nigeria Union of Journalists in Osun State, Prince Hameed Oyegbade with an Award of Excellence in recognition of his contributions to the society and youth related matters.

The Coordinator of CONYO in the state, Amb. Taiwo Adedayo presented the plaque of the award to Prince Hameed Oyegbade at the secretariat of the Osun NUJ Correspondents Chapel Osun in Osogbo, the state capital on Thursday.

In his brief remarks, Adedayo said the group carefully selected the recipient and that the honour was based on merit. He urged Prince Hameed Oyegbade to see the award as a challenge to spur him to do more.

While responding, Prince Hameed Oyegbade expressed gratitude to CONYO for considering him worthy of the honour and promised to continue to serve humanity with total committeemen and dedication.

According to him, “I want to thank CONYO for this honour as I pray to God to give me more wisdom and strength to do more and justify this award. I thank CONYO for honouring me with this award and I’m grateful.”