Education: Our Take in Osun 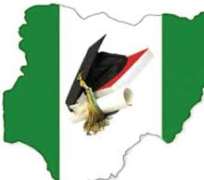 Let me start by congratulating Adedayo for confessing the roles of “societal ills like fixing of results, hiring pliable invigilators and allied ills” in states’ actual performance in education. At least, rational minds can now understand why Osun prefers year-on-year performance in the West African Examinations Council (WAEC) results to WAEC rankings for planning purposes. Again, even if the writer was not bold enough to come clean on the state which, in his reckoning, “towers from behind on WAEC’s score sheets”, I have no doubt in my mind that his ignorance about developments in Osun needs some form of education.

That said, had Adedayo carried out a specific, not generalized evaluation of students’ performance in Nigeria, he most certainly would have realized that the case on hand and a hunchback’s awkward movement are identical. For instance, Rauf Aregbesola came into office as governor when almost all things were dull and ugly. Specifically, our school buildings were in such dilapidated forms that they were only fit for habitation by pests and rodents. As at 2010, the ‘performance level of students in WAEC’ was a miserable 15.7 per cent. With this sorry state of development, Aregbesola’s administration was of the view that, if our students must go to school at all, there was an urgent need to move from where we were to where we were supposed to be! In other words; and, for economic reasons, there was an urgent need for the administration to erect new structures, not only for the moment but also for the future. Of course, that was it all started!

Interestingly, these interventions have started bearing fruits. For instance, as at 2016, Osun’s performance level in WAEC has risen to 46.3 per cent which is quite a huge jump in the number of students with credit passes in English and Mathematics. A better performance is being keenly expected in 2017. Similarly, Osun has, since 2013, been featuring prominently between the first and third positions in the Joint Admissions Matriculation Board (JAMB) matriculatable students in Nigeria. Added to these is the higher level of enrollment and retention at the elementary school level which is due, largely, to the positive impact of the school feeding programme, aka O’MEAL. The totality of all these interventions has been a consistent increase in school certificate results since 2010. Yes, Osun is not there yet! But, with various interventions in the sector, it’s only a matter of time before ‘Hallelujah’ takes the centre stage!

For obvious reasons, Adedayo would remember World Bank’s recommendation of Peter Obi’s “model for Africa and other developing countries” but would easily forget the laurels, commendations, even recommendations garnered by Osun in appreciation of its laudable initiatives, latest of which was the recommendation of its O’MEAL scheme to other Nigerian states by United Nations International and Children Emergency Fund (UNICEF). Was our friend not in Nigeria when WAEC also recommended Osun’s Tablet of Knowledge (Opon Imo) to other states? A case of different strokes?

It is also “poor logic” on his part to have concluded that the learning environment has no bearing on the improvement in performance. On the contrary, if the former is conducive, chances are that the latter will be positively affected. Again, if Adedayo could condemn Aregbesola’s modest contributions to Nigeria’s education sector, one can only wonder what differentiates him from those “critics” of 1954 who accused Obafemi Awolowo of “opting for ‘substandard’ buildings.” Not only that, if “400,000 pupils turned up” for Awo’s scheme in 1955, “contrary to his projected 175,000”, has he carried out an assessment study of what O’MEAL has done for education in Osun?

The columnist contradicted himself when, in one breath, he likened Rotimi Amaechi’s “structures of primary and secondary schools” to “private universities in the west” while in another, he condemned Aregbesola for erecting “cozy buildings” in Osun! He also goofed when he brazenly accused “a governor in one of the south west states” of being “so obsessed with structures that he demolishes old school structures”. We challenge our friend to come real on those schools that were ‘demolished’ and the reasons behind their demolition. To the best of my knowledge, no school was demolished for the building of DTTC Middle School in Ijebu-Jesa; and I doubt if any “old school structure” was removed in Osogbo to pave the way for Osogbo Government High School. On ‘school uniform’, I believe that has been sufficiently addressed in Bolanle Bolawole’s column (See Sunday Tribune, August 6, 2017).

Let Adedayo also note that more than 12,000 new teachers were hired in 2012 to replace those who quit the service due to their disinterest in the Contributory Pension regime. In addition to streamlining and decentralizing the management of education for optimum performance, Aregbesola’s administration has also added 23 elementary schools and 22 middle schools to the existing structures while four out of 12 high school structures – all high-capacity schools – are already in use. More than 40 schools have also been completely refurbished in order to enhance the learning environment. The creation of three tutors-general and the about-to-be-created nine headmaster-general positions are aimed at paying sufficient attention to the early-stage development of pupils.

Of course, Adedayo failed to tell Nigerians what the once-rejected Awo’s free education went through- even in the west- before it eventually became the corner piece. He also erred in branding some states as champions in education! For God’s sake, is he aware that Edo and Ekiti States are far behind in the payment of pension allowances and salaries to their teachers?

Lastly, if Adedayo thinks that erection of “cozy structures” or “construction of roads and bridges” are synonymous with making “substantial billions of naira kick-backs”, then, Nigerians are expecting his ‘better ideas.’ But who will take our friend through some tutorials in building technology, especially with regard to the expansion and contraction characteristics of mud which limit its lifespan to a maximum of 40 years?

May principalities and powers assigned to rubbish our leaders’ efforts, scatter!