Why we did not arrest promoters of Igbo quit notice: AGF 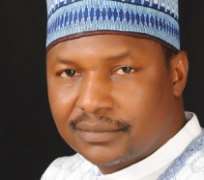 The Attorney General of the Federation and Minister of Justice, Mr. Abubakar Malami, SAN, on Tuesday, explained why the Federal Government could not arrest sponsors of the quit notice that was previously issued against Igbos residing in the northern part of the country. Igbo must go cartoon Malami, SAN, said the government resisted pressure to go after leaders of the Arewa Youth Consultative Forum, after it gave due consideration to “security implications” of arresting them.

However, the AGF said the government would not hesitate to wield the big stick against anyone or group found to have engaged in any form of lawlessness in any part of the country. According to him, “Government considered the security implications on the issue. Let me state that government is alive to its responsibility and whoever is found wanting will be prosecuted. This administration is determined to provide good governance and promote justice, peace and fairness”.

The AGF spoke on the issue shortly after he established an Investigation Unit in the Federal Ministry of Justice, with a mandate to investigate “sensitive and important cases”. Malami blamed the rift between him and the Acting Chairman of the Economic and Financial Crimes Commission, EFCC, Mr. Ibrahim Magu over prosecution of high profile cases, on negative media reports, though he admitted that shallow investigation was a major reason why some cases were thrown out by the courts. He said that the new unit that was established in the Ministry of Justice will henceforth “coordinate and form part of every investigation in Nigeria”, saying the move became necessary in view of apparent lack of “legal expertise in the conduct and process of investigations by the various security agencies in Nigeria”.

The AGF insisted that the new unit would address those anomalies leading that not only led to frequent loss of court cases by the prosecuting agencies, but equally the “consistent rejection of vital/relevant evidence of the course of prosecution.” The Justice Minister however declined to specify the agencies whose pending court cases may likely be taken over by the new unit. However, aside the EFCC, other prosecuting agencies directly under the AGF's supervision include the Independent Corrupt Practices and other related offences Commission, the Department of State Service, the National Drugs Law Enforcement Agency, National Agency for the Prohibition of Traffic in Person, as well as the Nigerian Police Force.

Announcing the establishment of the new investigative unit in Abuja yesterday, the AGF said: “Consequent upon want of expertise in the conduct and process of investigations by various security agencies in Nigeria and the need to address such anomalies leading to consistent rejection of vital/relevant evidence in the course of prosecution and or the writing down of the probative value of such evidence owing to inappropriate investigation, my office as a result, and in line with the constitutional powers conferred on me as the chief law officer of the federation and by virtue of section 105 (1) and (3) of the Administration of Criminal Justice Act, hereby deem it fit to establish an Investigation Unit within the ministry. “This unit shall coordinate and form part of every investigation in Nigeria for robust investigation and successful prosecution of such cases.”

He said the core function/mandate of the unit would equally involve giving advice, beforehand, to every security agency carrying out investigation on the best lawful and admissible means of such investigation for effective prosecution thereafter. The AGF said his ministry successfully concluded a total of 296 terrorism cases within the period of 2015 and 2016, while a total of 6646 criminal cases ranging from oil theft, culpable homicide, rape armed robbery, unlawful possession of arms, murder among others were equally concluded. More so, Malami, SAN, the government had commenced the profiling of over 1,000 suspected Boko Haram members, including those that are either in custody and those whose case-files were left unprosecuted.

He maintained that despite numerous challenges facing the ministry, such as prolonged and inconclusive investigation by law enforcement agencies, lack of funds to sponsor witness to court, delay in mobilsing prosecutors, delay in the production of case files to his office by law enforcement agencies, officers in the Department of Public Prosecution (DPP) were able to secure commendable convictions. Malami said the Justice Ministry was working on securing approval of the Federal Executive Council (FEC) for the installation and implementation of a state of the art modern Virtual Automated Case Management System (V-ACMS) so as to incorporate an online up-to-date integrated biometrics prisoners' information technology that would strengthen the operations of the federal justice sector institutions and eliminate bottlenecks in the administration of criminal justice system in the country.

He decried the high number of awaiting trial inmates in Nigeria, saying it was the major reason why the prisons are constantly overcrowded. He said the government was working on modalities to reduce the population of awaiting trial inmates in the country, adding that the committee on prerogative of mercy will consider and recommend inmates that are qualified to be granted state pardon.

Besides, the AGF revealed that the judgment debt profile of the ministry stood at N113 billion as at last year, a situation he said necessitated the re-establishment of the Judgment Dept Verification Committee to assist in reducing the quantum of the dept against the Federal Government, by reaching a compromise with judgment-creditors on modalities and payment of such debt. Meanwhile, the AGF said the government was determined to recover about $15million that was seized by the South African government under the former President Goodluck Jonathan led administration. He blamed delay in the recovery of the money on cumbersome legal process between Nigeria and South Africa.