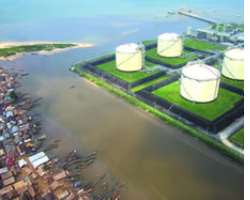 Opinion and community leaders in Akwa Ibom state have advised oil companies to carry out thorough periodic checks on their pipelines to forestall frequent oil spills.

One of such leaders, Obong Dennis Nkereuwem, who gave the advice to Mobil Producing Nigeria (MPN) as a fallout of recent oil spills from the company's facilities in Ibeno, said such vigilance would not only save cost but also check environmental disaster from reaching a large-scale proportion as currently experienced in at the Gulf of Mexico in the United States of America.

Obong lamented in an interview that due to incessant oil spills and the attitude of the MPN, the hitherto cordial relationship between the oil company and the host community had given way to distrust and mutual suspicion.

'The spills have become too often and our fishing occupation is at the receiving end and our environment also bears the brunt of oil exploration. There is the need to take urgent steps to minimise the spills,' Ekereuwem said.

The community leader advised the oil company to replace the pipeline networks, which might have become obsolete after over 30 years of installation.

'It is not about compensation, it is about the environment, the degradation of the environment. Do you know the things that we lose every day because of the environmental problems from the oil spill? It is enormous;' the community leader lamented. He explained that frequent oil spills from the Qua Iboe oil fields had contaminated the shoreline, which was the major source of fishing for coastal settlements along the Atlantic, and that if such frequent spills were not checked, it might damage the relationship between the oil firm and communities in the area.

Ekereuwen recalled that it took the intervention of the Akwa Ibom government to mediate in the conflict sparked off by the oil spill of May 1, 2010. It could be recalled that hundreds of members of Ibeno, the host community to MPN, recently protested the frequent oil spills from the Qua Iboe oil fields being operated by Mobil. The protests disrupted operations of the oil company; it later spread to Eket and other neighbouring communities in Onna Local Government Area before Akwa Ibom State government intervened and sought truce in the conflict.

A community teacher and Akwa Ibom state former Commissioner of Local Government and Chieftaincy Affairs, Pastor A. O. Abang, who had then decried the depletion of aquatic lives in the area due to incessant spills, also asked Mobil to put it in black and white that there was a spillage.'

He said putting the thing in writing would pave a way for negotiations. 'Any attempt by the company to use chemical to dissolve the substance on the surface water would not be acceptable at all. Another committee should be put in place to ascertain the extent of spillage for proper compensation,' he advised.

The leader of Ibeno Legislative Council, Mr Sunday Peter, who said the local government council was aware of the incident and was expecting to meet the oil company to discuss modalities for settlement, expressed appreciation to the Akwa Ibom State government for the efforts it had made to bring peace to the area. He said all outstanding claims arising from the spillage would be settled.

A traditional ruler in the area, Obong Effiong Bassey Archianga, had called on all stakeholders to critically look into the issue of incessant oil spills in Ibeno and its environs as their damage to aquatic lives was unimaginable.

Archianga described Ibeno as the most peaceful host community in the Niger Delta. 'We will maintain the status quo but others should also cooperate with us on issues affecting us. The authorities should effect repairs on the Eket-Ibeno road as at it has become a death trap to our people.'