Police parades Fraudster who duped an American of 80,000 dollars 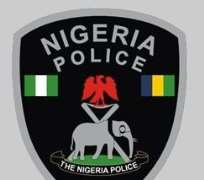 The Osun State Police Command on Monday paraded one Agbolade Femi for allegedly duping an American of 80,000 dollars.

Femi was said to have posed as a woman to the unsuspecting victim who was looking for a serious relationship and had eventually succeeded in defrauding the victim of 80,000 dollars.

The suspect, Femi accepted the charge against him but however, denied collecting 80,000 dollars from the victim, he said he only collected 43,000 dollars.

Femi who couldn’t pinpoint the exact reason which led him to internet fraud, said he started the business in 2015 and that he didn’t regret his actions. He however stated that if he was able to get himself out of the current issue, he won’t go back to defrauding people.

While parading the suspect, the Commissioner of Police, Olafimihan Adeoye said Femi was arrested with the help of a good Nigerian and urged the general public to see the police as their friend and always release any useful information that could help in ridding the State of crimes.

He decried the rate at which young people now engage in internet fraud and noted that it shows the youths are not ready to work again.

CP also explained that because of the increased rate of cultism in the State, the Police has organized an Anti Cultism Special Squad who would work to reduce the rate of cultism.

The CP thanked the members of the public for their continued support and collaboration in ensuring a crime free Odun State.

Others paraded include a gang of three led by 23 year old Shefiu Olayinka who specialized in buying stolen motorcycles and reselling them. Twelve motorcycles were recovered from this gang.

Another was the gang who had been on the wanted list of the Police. The CP said the gang had been terrorising the people of Ede and had been involved in series of kidnaps and murders.

He however stated that investigation is completed and all the suspects would be charged to court soon.