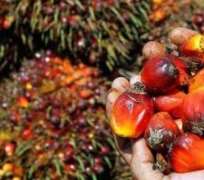 Palm oil producers quoted on the floor of the Nigerian bourse have continued a one and half year sales growth as profit soared in the second quarter of 2017.

It is no exaggeration that these two dominant producers of the product- Okomu Oil Palm Plc and Presco Plc- have enviable financial strength as evidenced by strong margins, good working capital conditions and a cash position that makes it easy for them to pay dividend.

The growth in profit was underpinned by a 72.07 percent increase in combined sales to N25.30 billion as higher commodity prices and government policies continues to drive earnings.

Nigeria’s biggest palm oil producers have been experiencing high patronage for their products as ban on importers from accessing foreign exchange for certain products and the devaluation of naira reduced imports and bolstered demand for domestic goods.

The strong margins give these two firms pricing advantage and the leeway to consolidate the share of the market.

Palm oil producers were able to unitize the resources of shareholders in generating higher profit as return on equity (ROE) improved amid a weak macroeconomic environment.

Palm oil producers have intensified their expansion plans with a view to increasing market share while bolstering earnings.

Nigeria, which dominated global oil palm market in the 1960’s currently imports 552,000 MT of palm oil to augment the 970,000 MT being produced by farmers, according to Isaac Gyamfi, The Regional Director at Solidaridad West Africa.

Nigeria is Africa’s largest producer and the world’s fifth, behind Indonesia, Malaysia, Thailand and Colombia, according to data from the USDA.