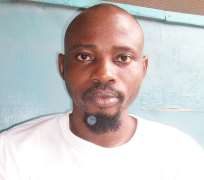 There is a need for National Population Census to help political parties and INEC know exactly how many PWDs are currently over the age of 18 and eligible for voting in the country. Also a need for the National Assembly enacts a law that allows every political party to reserve slots for PWDs who wish to run for political offices.

This was contained in a statement made available to newsmen yesterday by Mr. Wole Adedoyin, Osun State Chairman of Hope Democratic Party (HDP).

According to Mr. Wole Adedoyin “The United Nations Convention on the right of persons with disabilities is an international human rights instrument which intends to protect the dignity and rights of individuals with disabilities”.

“Nigeria attended the Convention and she’s required to protect, promote and ensure the accomplishment of the rights of disabled people. They also need to ensure that these individuals are provided with full equality and respect for their dignity. This convention is known for its guidance on the civil tradition law but politically Nigeria is not fulfilling this promise.”

The acting Chairman of the Conference of Young Nigerian Democrats further added that “the United Nations Convention on the rights of persons with disabilities guiding principles are the followings: no discrimination, equality of opportunity, equality between women and men, effective participation in society, accessibility, respect for people with disabilities to preserve their identities and acceptance are respects for individuals with disabilities”.

No recorded data from INEC showed that any political party fielded PWDs for any elective offices in 2011 and 2015 elections. There are thousands of PWDs outside there who are interested in contesting for elective positions but INEC and political parties are sabotaging their ambitions. In my party (HDP) for example, we have created a special office for PWDs to complement the efforts of the United Nations, other political parties should also follow our step and give PWDs a sense of belonging into our country’s democratic governance, Adedoyin added.