Timi Frank: A Disaster From Long Ago 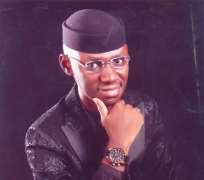 If the International circuit has sufficient and informed access to events in Nigeria, particularly as it pertains to the ruling All Progressives Congress (APC), the word “Timifranking” would have made it into the lexicon of English language. Timifranking is the state of being a Timi Frank, defined as a person who embarks on a destructive mission once their expectations are not met; it is the equivalent of throwing a tantrum or strop by an adult that has refused to quit childhood even when all indications prove the person should have become matured.

In the mundane world of Nigerian politics, Timi Frank was the APC's former national deputy publicity secretary, only that he devoted more time to maligning the image of his party by words and deeds. He was the enfant terrible that depicts everything that's wrong with efforts to hand over Nigeria to a better committed younger generation, the poster child for the error of the older generation in being soft with recalcitrant youths and rewarding bad behaviour with lofty offices.

Timi Frank, as it turned out, was one of those less than sterling members that the APC brought on board as at the time it was in pursuit of swelling its membership. It was the equivalent of “gbogbo ero” or all comers that allowed touts to board luxury buses with the cultured citizens of the society simply because the driver is desperate to fill up all seats. Had the APC done due diligence and acted firmly on what it knew at that time it might have saved itself the current horror show being staged by someone that is supposed to be an in-house member.

For one, Timi Frank was not one of those professionals that abound in the APC, people who have had the benefit of experience in one industry or the other. His only qualification perhaps was being a career thug, a profession that can easily be garnished with the label of activism and unionism, hence the adoption of the title, “comrade”. If he ever worked it was to be a goon for unscrupulous political players, the same ones pulling the strings for his comical puppet show. To his credit, he did rose through the ranks as Youth Leader of the APC, which he construed to imply being the thug-in-chief, a role he continues to play even when there is no basis.

It is therefore not surprising that he got the contract for sabotaging the APC. Unfortunately, he is blinded to the consequence that sabotaging APC as a ruling party is as bad as working for the downfall of Nigeria. This is the essence of this piece, to call Timi Frank to order as the country cannot and must not be torpedoed because he is not getting his fix, the generous dose of corruption that allowed him to be lavishly settled from the common till in the past administrations whether as a student union leader or as an emergency activist.

His ongoing tantrums against Chief John Odigie Oyegun must therefore find better expression so that Nigerians can better understand how to situate his gripe. He should find in his bereft ethic somewhere to marshal the capacity for shame that will allow him admit that his tirade is fuelled by monetary considerations – he was initially smarting from not getting a carte blanc to loot public treasury but later his belligerence became the product of payment induced activities.

Timi Frank is welcome to lose his cool over this assertion and he can even clown with threats of litigation but he would do well to also brief his PR and legal teams to marshal explanations for how he came about his N1.5 billion Maitama mansion when he is not known to have held down a paid employment or a decent productive venture outside of being a political jobber. By the way, his team may throw in additional nuggets on the use of the sissy males (usually no female in sight) at the said mansion. The nose powdering sessions behind the well guarded walls and gates of the mansion may just as well indicate the source of the hallucinations that the young man is recounting under the delusion of making intervention in national issues.

To the substance of Timi Frank's claim of a dying party, which has no substance anyway, he may want to make full disclosure about the serial decampee that foisted him on the APC and by extension the entire country. It is this political vagrant that has Timi Frank hopping from one foot to the other as he desperately tries to show his master that he has delivered. Had the APC been able to escape the teething issues it currently confronts as a new ruling party the likes of Timi Frank and his boss would have still summarily found it guilty of being successful.

Every Nigerians has the right to make such intervention in national issues particularly when the entity involved is a political party to which the person once belonged. Timi has however waived his right to such noble self assigned role. He loses out on eligibility to comment on Nigeria’s current affairs not because he looks rundown and worn for wear but because he has a trashy mind that makes the inner Timi a disaster that should be avoided.

If his matter were not beyond redemption one would have attempted to reason with him to stop making a spectacle of himself in his effort to heat up the polity. Itinerant politician sponsoring his rabidity similarly deserves no such recognition. This call is therefore to the leadership of the APC to find the way of containing their accidental creation.

Abu is a political scientist and contributed this piece from Katsina State.