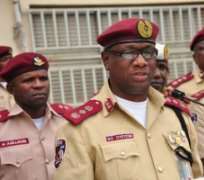 The Corps Marshal of the Federal Road Safety Corps (FRSC), Dr. Boboye Oyeyemi, has congratulated the Publisher of The Eagle Online, Dotun Oladipo, on his emergence as the President of the Guild of Corporate Online Publishers during the association's election held on August 9, 2017 in in Lagos State.

A statement released to the press by the Corps Public Education Officer of the FRSC, Bisi Kazeem, stated that the Corps Marshal used the opportunity to express his gratitude to the Guild for the zeal with which the members have helped the Corps promote its safety messages through their different online platforms.