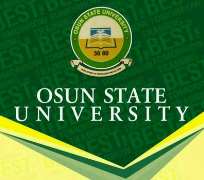 This was stated in a press release signed by the Commissioner for information and strategy, Mr Adelani Baderinwa and obtained by The Nigerian Voice.

It would be recalled that 50 of the 85 UNIOSUN students recently graduated and were inducted as qualified medical doctors after passing the 2017 KROK 2 Ukraine National Medical Exams in June, this year.

The UNIOSUN students were sent to Ukraine by Governor Rauf Aregbesola’s administration to complete their medical studies in Ukraine in 2013 as a result of non-availability of teaching hospital for their clinical studies.

One of the medical students, Miss Latifat Abiola Oyeleye was declared the over best medical student of the Karazin Kharkiv National University as well as the 2017 overall best students in the entire Ukraine with an outstanding score of 95.6% in KROK 2 Exams.

The UNIOSUN Medical students will arrive in Nigeria through Muritala International Airport, Lagos where they will be received by the high powered delegation of the State of Osun Government.

The students will pay a courtesy call on Governor Rauf Aregbesola on Sunday and later proceed to the University of Ilorin Teaching Hospital for preparation for the Medical and Dental Council of Nigeria’s License Exams.