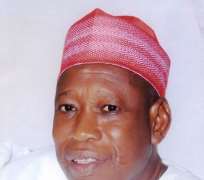 A new drugs market would be constructed at the Kano Economic City, the governor of Kano state, Dr. Abdullahi Umar Ganduje has revealed.

“Already an agreement has been reached between the contractor, JAIZ Bank, the drug marketers and other relevant stakeholders in respect of the project”, he governor added.

The move, he stated, was in compliance with directives of the Federal Ministry of Health, to build separate market for drug vendors, to ensure that their business was properly supervised.

Governor Ganduje made the disclosure on Wednesday evening, in Kano, while receiving an award given to him during the recent National Drug Law Enforcement Agency Annual conference, where he was represented by his Deputy, Prof. Hafiz Abubakar.

The honor was based on Governor Ganduje’s stride in checking the menace of drug abuse and his remarkable effort in supporting the National Drug Law Enforcement Agency.

Maintaining that his administration is deeply concerned about the level of drug abuse and trafficking in the state, he announced that in consolidation of its anti drug war, the state government has not too long ago, confiscated banned drugs worth hundreds of millions of Naira which would be destroyed soon.

The governor also stated the government-owned Kiru reformatory would soon be renovated and expanded to include a separate section for female drug abusers, lamenting that the problem of drug addiction among women, especially married ones in the state, was becoming alarming.

“This situation must not be allowed to continue so while thanking NDLEA for this award, I want to emphasize that our commitment in the war against drug users and traffickers will remain tough”, he said.