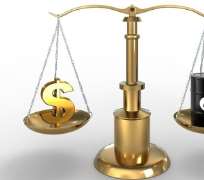 Oil prices, on Monday, slid, moving away from nine-week highs, as worries lingered over high production from OPEC and the United States.

Both contracts stood more than $1 below the levels hit last week, which marked their highest since late May, when oil producers led by the Organization of the Petroleum Exporting Countries (OPEC) extended a deal to reduce output by 1.8 million barrels per day (bpd) until the end of next March.

Doubts have since swirled around the effectiveness of the cuts, as OPEC output hit a 2017 high in July and its exports hit a record.

“The market is looking for comment from Saudi Arabia signaling OPEC will meet its agreed target,” said Hans van Cleef, senior energy economist with ABN AMRO. “The possibility for (price) movement seems limited unless OPEC comes out with a statement.”

Officials from a joint OPEC and non-OPEC technical committee are meeting in Abu Dhabi on Monday and Tuesday to discuss ways to boost compliance with the deal.

The OPEC concerns were enough to outweigh news on Monday that Libya’s Sharara oilfield, which has been producing 270,000 bpd, is gradually shutting down. Increased output from Libya, which along with Nigeria was exempt from the initial cuts, has been a key driver in OPEC’s production increases.

High oil output in the United States was counteracting other bullish factors, including a Baker Hughes report on Friday that showed a cut of one drilling rig in the week to Aug. 4, bringing the total count down to 765. RIG-OL-USA-BHI

U.S. weekly oil production hit 9.43 million bpd in the week to July 28, the highest since August 2015 and up 12 percent from its most recent low in June last year.