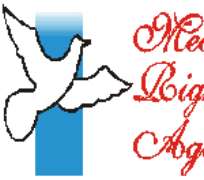 Lagos, Monday, August 7, 2017: It is scandalous that a Government institution constitutionally charged with making Laws for the peace, order and good governance of Nigeria is abdicating its duty to abide by its own Laws, Media Rights Agenda (MRA) said today as it named the National Assembly into its Freedom of Information (FOI) Hall of Shame for persistently flouting the provisions of the FOI Act.

MRA said in a statement in Lagos that in addition to not fulfilling its duties and obligations as a public institution under the FOI Act, the National Assembly remains in flagrant disobedience of several judgments of various courts directing it to disclose information requested from it by individuals and organizations.

According to MRA, by failing to comply with its own Law and by disregarding the orders of the courts which the National Assembly itself empowered under the FOI Act to adjudicate cases of denial of access to information, the National Assembly is unwittingly calling into question its own legitimacy and undermining its authority to oversee the implementation of the Act and to exercise oversight responsibility with respect to public institutions under the Executive branch of government.

Mr. Edetaen Ojo, MRA’s Executive Director, said: “It is sad that after making a Law to give citizens the right to demand information from all public institutions, the National Assembly is at the fore-front of disobeying the Law and making sure that the Law does not work.”

According to him, “since the enactment of the FOI Act in 2011, the National Assembly is not known to have granted a single request made to it for information pursuant to the provisions of the FOI Act. Despite a deluge of cases initiated against it in different courts and the resultant judgments rendered against it by the courts, it has not deemed it necessary to comply with any of these judgments.”

Mr. Ojo expressed regret that rather than live up to its responsibility as a body made up of representatives of the people of Nigeria, from all constituencies across the country, to ensure that the people are fully informed about its activities, operations, resources, among others, the National Assembly appears to have opted for a policy of not granting any request for information made to it, and choosing instead to waste public resources on frivolous objections to suits aimed at compelling it to disclose information in accordance with the provisions of an Act made by it.

Besides, he added, in most of those cases, as the courts have consistently ruled against the National Assembly, the legislators have either ignored the orders completely, or have opted to file costly appeals with public funds with no real intention to pursue them, but for the sole purpose of finding justification for their refusal to comply with the court orders.

In addition, he noted, “the National Assembly has not submitted a single annual report on its implementation of the FOI Act to the Attorney General of the Federation, as required by Section 29 of the FOI Act. Yet, the Attorney-General of the Federation is required to report annually to the National Assembly on the implementation of the Law and both the previous Federal Attorney-General, Mr. Mohammed Bello Adoke (SAN) and the current one, Mr. Abubakar Malami (SAN), have consistently submitted their reports to the National Assembly without fail for every year since the Act was passed.

Identifying other failures of the National Assembly, MRA said it has not designated an officer to whom freedom of information requests should be sent in accordance with Section 2(3)(f) of the FOI Act; it has not proactively published the categories of information that Section 2 of the FOI Act requires every public institution to publish even without anyone asking for the information.

Mr. Ojo said: “Considering the huge sums of money that the nation expends on the Legislature annually, it is disservice to the nation and its citizens that the National Assembly has vigorously fought to keep its finances, its operations and actions, among others, secret. It is an act of lawlessness and impunity which is unbecoming of an institution of the stature of the National Assembly”

He commended the efforts of several civil society organizations that have over the years fought to make the National Assembly transparent and accountable and called on other Nigerians to join their efforts, saying: “the task of ensuring that government works for the people, which was one of the motivations behind the campaign for the enactment of the FOI Act, is still work in progress and requires the active participation of all Nigerians.”