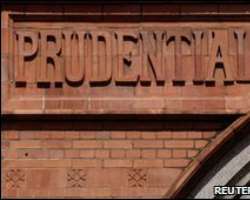 Prudential may abandon its deal to take over AIG's Asian business if the price cannot be renegotiated, a report says.

The UK insurer announced plans to buy AIA for £24.6bn ($35.5bn) earlier this year, but faced a backlash from investors who think it is paying too much.

According to The Sunday Telegraph, the Pru's boss Tidjane Thiam has privately said AIG must lower its asking price.

If this did not happen it was likely the deal would be off, the paper said.

Investor apathy
The Pru is reported to be trying to reduce the price it must pay for AIA to less than $30bn.

As part of this, it is hoping to axe payment of £3.45bn in Prudential shares that were to make up part of the takeover price, The Mail on Sunday said.

It needs the backing of 75% of investors at a special meeting on 7 June if the deal is to go ahead.

The Sunday Times suggested the Pru would manage to secure sufficient shareholder support if the price was reduced by more than 10%.

A Prudential spokesman declined to comment on the speculation.

Rights issue
The Pru has called the deal a “one-off” opportunity to access the Asian market.

There is widespread speculation that the insurer could eventually quit the UK and US altogether should the acquisition of AIA go ahead, focusing entirely on the fast-growing Asian insurance markets.

Earlier this month, Prudential announced plans to raise £14.5bn from shareholders to fund the acquisition of AIA – the UK's biggest rights issue to date.