THE IMPACT OF NIGERIAN CONSTITUTION ON BLOOD TRANSFUSION 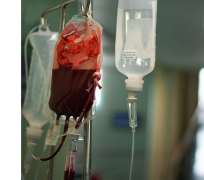 Blood transfusion is the transfer of blood or blood products from one individual to another. Some medical doctors in Nigeria have accepted this lifesaving means in this 21st century medical practice while others do not. This act has saved lives while some have also been lost even after the transfusion.

Over the years, there have been several but serious controversies on the acceptability of this life saving means between patients and their owners, patients and doctors, medical doctors themselves and even third parties. These controversies have metamorphosed to serious unending fights between the parties involved.

Consequently, certain questions come to mind. Is the Nigerian constitution silence of this issue? Are there no laws that back up the rejection or acceptance of blood transfusion during treatments? What could be the possible implication of these laws when violated?

Appropriately, the aim of this concise work is to elaborate and expound on the constitutionality or otherwise of the acceptance and rejection of blood transfusion as a life-saving means. Relevant judicial authorities and statutory provision will be cited to bring out the thrust of this work.

Apparently, the combine effect of section 37 and 38 of the 1999 Constitution of Nigeria as amended which provides for the right to private life and family life, and the latter, right to freedom of thought, conscience and religion has shied the individual’s right to accept or reject blood transfusion accordingly.

Section 38 (1) states: “Every person shall be entitled to freedom of thought, conscience and religion, including freedom to change his religion or belief, and freedom (either alone or in community with others, and in public or in private) to manifest and propagate his religion or belief in worship, teaching, practice and observance”.

From the above section, it is clear that an individual may at his own volition accept or reject blood transfusion and any other blood related treatment without any intimidation, pressure or undue influence from any third party as an exercise of his constitutional right.

In buttressing this point, it was held in the case of Medical and Dental Practitioner’s’ Disciplinary Tribunal V Emewulu & Anor. (2001) 3SCNJ 106, by the Supreme Court that where the deceased and her husband had objected to transfusion of blood which could have saved the life of the deceased, on the grounds that they are Jehovah’s witnesses, they were merely exercising their right of freedom of religion, thought and conscience as envisaged under section 38 of the constitution.

From the above declaration of the court, is it legal and just to be attacking persons for refusing blood transfusion even when their lives are at stake? Is it not hypocritical that educated persons would allow sentiments to blind their eyes, making them interfering on others’ personal issues that they are not concerned?

Similarly, in Medical and Dental Practitioner’s’ Disciplinary Tribunal V Okonkwo (2001) FWLR (Pt 44) 542, Uwaifo J.S.C said: “I am completely satisfied that under normal circumstances, no medical doctor can forcibly proceed to apply treatment to a patient of full and sane faculty without the patient’s consent, particularly if that treatment is of radical nature such as surgery or blood transfusion. So, the doctor must ensure that there is a valid consent and that he does nothing that will amount to the trespass to the patient. Secondly, he must exercise a duty of care to advise the patient of the risk involved in the contemplated treatment and the consequences of his refusal to give consent”

The court further said: “once the patient has made his choice, the doctor or hospital cannot overrule such a choice… the patient’s right to object to medical treatment is founded on the fundamental right to privacy and right to freedom of thought and religion. The sum total of these rights is that an individual should be left alone to choose a course of life…”

From the above, is clearly seen that patients objecting blood transfusion are not guilty of any offence because the constitution as interpreted by court of competence jurisdiction allows them to do so.

From the forgoing analysis, it is without doubt in our minds that the constitution has granted us the freedom to decide whether or not to accept blood transfusion. It is also important to note that no one in any circumstance can query one’s decision to accept or reject blood transfusion.

More so, by the doctrine of guardian ad litem and loco patentis, it imperative to stress that no child should be given treatments that the parent or guardian has not consented. Parents and guardians are legally bound to protect their infants’ children who are legally incapacitated to make defences for themselves.

Summarily, it is summited that all citizens of Nigeria are at leverage to choose whether or not to accept blood transfusion even at the face of death. It will also amount to abuse and violation of fundamental rights of a patient if forced or pressured to accept blood transfusion as third parties do not have any right whatsoever to question a decision of a patient that is constitutionally guaranteed.

It should also be borne in mind that patients whose life was saved from an unconsented blood transfusion can maintain an action against the perpetrator, claiming damages accordingly. Let us learn to respect others decision as we want them to respect ours on issues of treatments and blood transfusions.

There comes a time when one must take a position that is neither safe, nor politic, nor popular, but he must take it because conscience tells him it is right. - Martin Luther King Jr.

Thank you.
Edikan Ekanem is a student of University of Uyo, a contemporary writer and a columnist. He can be reached at 08130015006 or [email protected] .