Raging Social Media Attacks And Campaigns Of Calumny Against Igbo Traditional Institutions: A Call For Caution And Restraint 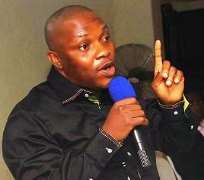 (Sunday, 30th July 2017: Ifite-Ezinifite, Aguata Anambra State)-There must be limits and restraints over ongoing and raging web or social media hostile responses or attacks against persons and institutions considered sacred, hallowed and ancient in Igbo Land. Such unwarranted and misguided attacks coming from the likes of my good friend-Ugo Harris Ukandu and our IPOB friends/web/social media attacking warriors must specifically as a matter of profuse begging; be discontinued and de-toxicidified and dumped off the sacred arenas of the revered and sacred Igbo traditional institutions especially the Nri ancient Kingdom established by the direct descendants of the ancestral Igbo founder (Eri) dating back to 3,204 years ago; with the origin of Igbo Society itself dating back to 3,467 years ago.

It must be stated that the death havoc that struck the people of the old age in a land does not give the children levity or latitude to begin to gnash their teeth in place of elders!

I said this with profuse begging because of the ongoing hostile opinions/attacks directed at some ancient Igbo institutions particularly those of Nri and Onicha Mmili/Ado Na-Idu (corruptly pronounced “Onitsha”) by some internet attacking warriors of our time. Of these, that of my very good friend-Ugo Harris Ukandu caught my “Igboness attention”; warranting this passionate appeal of mine. Mazi Ugo Harris Ukandu had yesterday, 29th July 2017, posted a traditionally dishonourable piece, captioned: Fake History- This Nri Anambra (Only) History As Igbo Kingdom Is Fake History And We Reject It.

His swipe on Nri ancient Kingdom stems from the ancient Community's recent public displeasure over IPOB and its leader’s recent visit to the ancient Kingdom leaving out its hallowed Palace and the Eze Nri himself. The Obi of Onicha Mmili/Ado-Na-Idu, Obi Nnaemeka Achebe who is sitting on a royal institution founded by a group of Igbo returnee warriors led by Eze Chima around 1550 AD; recently came under derogatory attacks from our IPOB friends/internet attacking warriors simply because he exercised his right of freedom of expression by explaining, when approached by the media, why it is important that Anambra Governorship Election is held as demographically scheduled on 18th November 2017.

Profusely speaking and begging, there are sensitive social issues and areas that require grounded knowledge and research work before one dabbles into such areas and gets rubbished. While agreeing with Ugo Harris Ukandu who held that there are Igbo Peoples of Ibibio, Efik, Bini, Igala or Annang etc; but it still boils down to the fact that except Igbo People of Igala, others are “Igbo People by conquest, adoption or assimilation”; and these do not remove the fact that there still exists central Igbo with central or homogeneous ancestry or origin; indisputably located at Agulueri/Agu-Ukwu Nri; dating back to 1450BC when Eri and his fellow sojourners settled at a confluence of Omabala and Ezu Rivers, off the River Niger called “Agba-na-Abo”; before himself and his voyage entourage settled finally at “Eri-Aka”, now called Agulueri located in Anambra (Omambala) East Local Government Area of Anambra (Omambala) State.

In the years of 1087BC and 1187BC respectively, the first Eze Nri, Nri-Ifikuanim (son of Menri, who was the direct son of Eri) and the first EzeOra Anyiamigbo of Agulueri (great grandson of Eri; grandson of Agulu and direct son of Enugwu) became the kings/founders of their respective ancient kingdoms. The Igala ancient Kingdom dynasty too was founded by a full blood son (last son) of Eri; originally known as “Onoja Nwa Oboli” (begat by Oboli) second wife of Eri. Emerging facts have also shown that the ancient Kingdoms of Nri and Agulueri had lasted for about 3,204 years (since 1187BC) and 3,104 years (1087BC) respectively; or thousands of years before the Igbo Kingdoms of Agbor and Arochukwu were founded.

Further, Mkpume Onyilienyi (a powerful stone that defies an elephant), now called Enugu-Ukwu served as the first place of outpost settlement of Nri-Menri (father of the progenitor/founder of Nri ancient Kingdom) when he left his father (Eri)’s first place called “Eri-Aka” now called Agulueri for mbia dibia (oracular sojourn in the wilderness or thick forests undertaken in oracular Igbo Society by power oracle chief priests/herbalists). Agu-Ukwu Nri or Eri descendants/clan founded inside a thick forest (present day Nri Community/Kingdom) served as his last place of settlement before he was returned at old age to his father’s Eri-Aka or Agulueri where he lived briefly, died and buried.

In agreement with my good friend Mazi Ugo Harris Ukandu, in part, there truly are people who became Igbo people on account of conquest, assimilation or adoption just as there are Hausa Bokwoi (original Hausa people) and Hausa Banza (adopted or assimilated Hausa people such as Fula/Fulfide/Fulani people) in core northern Nigeria.

For purpose of putting the record straight, the Agbor (Igboid) people were not originally of Igbo ancestry or origin, but Ominije people with Bini influence. Agbor Land fell and got conquered in around 1260 AD by Igbo warriors led by Ebonka, who later got crowned as the first Igbo King or Dein of Agbor in 1270AD. Before Igbo kingship was instituted in Agbor kingdom, Agbor had centuries old Ogele Dynasty dating back to 701BC; and its last Ogele (Ogele XIV Okwakpor) ended his reign in 1260AD.

The Arochukwu Kingdom and their People cited, but not with correct facts by my good friend were not originally in the hands of Igbo People/enclave, but of Ibibios. There was later a series of Igbo-Ibibio wars over Arochukwu dating back to 1650s to 1690 when the area fell into the hands of Igbo warriors and their military alliances under the leaderships of Oracle Priest Nnachi (a powerful oracle priest/warrior from Edda in present Ebonyi) and EzeAgwu Onobia from Abiriba with the help of the Akpa warriors (originally of Jukun settlers in Cross River).

In all, there are (1) mainstream Igbo People (original Igbo people or Igbo-bu-Igbo) just as there are Hausa Bokwoi (original) and Hausa Banza (adopted) in Hausa Land; and (2) Igbo Enu/Igbo Efuruefu or adopted and assimilated Igbo People. In all these, the centrality of Igbonness and culture or the true ways of life of the Igbo People irrefutably originated from Agulueri/Nri; out of which Agulueri or Eri Farmland holds the indisputable citadel of Igbo first homestead or origin or first family; called Eri-Aka. Till date, the oldest benevolent personal chi or oracular place of worship in Igbo Land is located in Agulueri, dating back to over 3400years and it is called “Obuga”.

On the other hand, the Nri Community holds the central custodianship of Igbo customs and traditions till date including cleansing of taboos and abominations. The newest of such sacred responsibilities entrusted in the hands of the Nri Kingdom was the 2002 taboo cleansing exercise performed by the Nri Kingdom in far away Salmon Island in Atlanta, Georgia in USA over centuries old spiritual nightmares brought about by the Igbo slaves' landing/suicide in May 1803.

My point of disagreement specifically with my very good friend-Ugo Harris Ukandu; warranting this benevolent piece as a proudly Igbo-Nigeria citizen; therefore, stems from the above. My strong but benevolent advice to the likes of Ugo Harris Ukandu and our friends/IPOB internet attacking warriors is to urge/implore them to steer clear and respect the Igbo sacred traditions, customs, values and institutions.

There is no amount of excuse that can justify the official visit of any high profile person or group or institution to Nri ancient Kingdom isolating the Eze Nri and his revered Palace. It depicts sacrilege and utter disrespect to the earthly citadel of our great ancestors and forefathers. Nothing short of inexcusable apology is expected and not denigration of the sacred institution. Even in Igbo Communities with British imposed Warrant Chiefdoms/Igweships, no such high profile visit can take place isolating the Igwes of such communities.

In Ezinifite-Aguata Community of Anambra State where I hail from, we have an immortal adage that says: nwa-okorobia pua obi, umu mmuo amara beya or when a young man relocates from his father’s compound and builds his own homestead, he has automatically extended invitation to his ancestors and perfect spirits.

A theory of borehole sinking is also an important reference point here. A borehole sinker in a virgin land never inhibited by forefathers and other ancestors does not need to worry himself over appeasement of living antiquities and ancestors on the land before he can successfully sink a borehole but he has a lot to worry when sinking a borehole in another land where generations had lived and died with their antiquities buried or bequeathed.

Again, a child that pays respect to his elder is making way for his own respect in old age as well as his own greatness. He who attends a funeral of a bosom friend or relative has automatically attended his own funeral because nobody lives to witness his own funeral. Between a man and God, God is always right and righteous. Between a father and his son or a mother and her daughter, a father and a mother are always right and respected.

Between positive and negative, positive is always upheld. No matter the social or health condition or outlook of a mother; even if struck with madness or convulsion; she can never be abandoned or uncared for by her daughter/children. He who climbs ukpaka or oil bean tree and wants to pluck all the ukpaka seeds will definitely miss a channel through which he climbed same. He who conspires to kill a warrior in a homestead fight or disputes stands to suffer irreparably when a conflict in a distance place involving his entire family with others ensues!!!

When a warrior draws a battle line with every Thomas, Dickson and Harrison within and outside his war camp, he automatically turns his war camp into his own Sodom and Gomorra where he sees no saint and savior in the moment of challenge and danger. In the time of Jesus Christ, the same people that thronged out shouting Hosanna in the highest during his triumphant entry into Jerusalem; turned around days later and shouted crucify him crucify him!!!

Emeka Umeagbalasi is a proudly Igbo native of Eastern Nigeria; a graduate of Criminology and Security Studies and master’s of science graduate of Peace & Conflict Studies. He writes from his Family Compound at Enuama Ifite Village, Ezinifite Community in Aguata Local Government Area of Anambra State, Southeast Nigeria. Mobile Line: +2348174090052