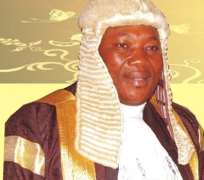 Speaker of State of Osun House of Assembly, Rt. Hon. Najeem Salaam has asked Australia to explore cultural and agricultural opportunities in the state, saying Osun lives up to the billing in terms of security and peaceful coexistence.

He said state of Osun has witnessed tremendous infrastructural development and a revolutionary interventions in the area of education with a view to relacing the state from civil service state to industrial state thriving on agricultural and cultural value chain.

Speaker Salaam lauded the senior Diplomat for reaching out to states in Nigeria, particularly Osun saying that would go a long way to familiarize Australian national value with the Nigerian's.

Responding, Ambassador Lehmman expressed his pleasure at the spate of development in the state, asserting that Nigeria and Australia share some similar narratives, having been former British colonies.

He threw his support to cross fertilization of ideas, values and democratic goals, saying that he would tell Nigerian stories when he relates with Australian authorities and stakeholders.