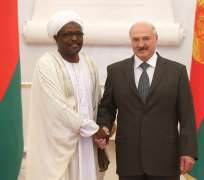 For decades, Russia and Sudan have maintained a strong economic and politically strategic partnership. And still, there are visible and promising signs that both countries want to see the deepening of relations, especially in the economic sphere, in the years ahead. In this interview, H.E. Mr. Nadir Babiker, Ambassador of Republic of Sudan in the Russian Federation , discusses some of the significant aspects of the current relations with Moscow correspondent, Kester Kenn Klomegah, and the following are the interview excerpts.

Q:What’s the current level of Russia ’s economic presence in Sudan and that of Sudan in the Russian Federation ? In the first place, what are your government’s key priorities and expectations from Russia ?

- The Russian economic presence in the Sudan is strong in the field of mining. There are three companies, who received licenses for gold exploration, one of them started production in 2015, and the other two are still in the process of exploration. Other Russian companies are operating in the services sector, such as demercurization of the traditional mining sector, geological mapping, mineral labs, training and other mining services in Moscow . Also there are some Russian companies in the field of oil and gas services. There are agents for some Sudanese companies, who import from the Russian Federation .

During the four sessions of the JMC between Sudan and Russia between 2013 – 2016, we signed 32 Agreements and MoUs in the field of mining, electricity and Dams, food security, banking, assembly of agricultural machinery, invest promotion, industry, environmental protection. All these sectors represent priority to us.

Q:Can you briefly tell us which economic sectors are attractive for foreign investors (e.g. U.S. , EU, China , France) generally and what investment incentives are currently available for investors or foreign players?

- The fields of oil and gas, mining, infrastructure and agriculture, are most attractive sectors for foreign investors. There are companies from China , India , Canada , Germany , France , Saudi Arabia , Qatar , UAE and Jordan , Malaysia and Indonesia . They invest in these sectors.

The volume of bilateral trade between Sudan and the Russian Federation is below our expectations, for 2016 it was $ 186 million. It does not reflect the real potential of trade between the two countries. But there is an increasing trend on trade between the two countries during the last three years, the last year it increased by 150% compared to 2015. That was the second jump since 2013. This year we are expecting more increase, there is more demand for the Russian wheat, we are introducing for the first time the Sudanese vegetables and fruits to the Russian market.

Q:What are the main problems and challenges in efforts for working towards its improvement? How can the trade imbalance, somehow, be reversed?

- As I said, the potential is huge, we need to exert more efforts in trade promotion, and in arranging business trips, as well as encouraging business people from both sides to participate in trade exhibitions in Moscow and Khartoum . We also managed to arrange visit for the concerned authorities from the Ministry of agriculture and animal resources of the Sudan to Moscow , to explain the arrangements and procedure of quality control of our exports and their compatibility with the international standards.

Q:What, in your view for example, your government position negotiating for trade preference that are available for African countries and that allows export of some products to the market in Russia?

- Of course, yes, and thanks to the Russian government, Sudan exports will enjoy a preferential treatment.

Q:Do you also consider promotion of small and medium scale businesses as part of strengthening economic cooperation between two countries? And, in your view, how can this be pursued effectively?

- Actually, we are focusing on the small and medium scale business, because it satisfies our requirements for the transfer of technology, and there is a mutual desire from both sides to cooperate in this field. We also visited four different regions in the Russian Federation , to extend cooperation with industries in these regions. Interview by Kester Kenn Klomegah in Moscow .