NHIS Sector must not be destroyed-HURIWA 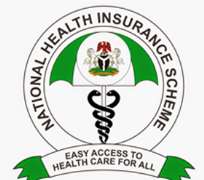 Gentlemen/Ladies of the fourth estate of the realm, we are worried by the festering crises of confidence playing out in the Federal ministry of health with specific reference to the reported intransigence of the now suspended executive Secretary of the NHIS Usman Yusuf.

First and foremost, we are intervening in our capacity as practioners in the human rights sector primarily involved in the promotion of the human rights of all Nigerians one amongst which is the right to qualitative healthcare.

Gentlemen, you are aware that the 1999 constitution remains the grund norm governing the conducts of public affairs. In section 14(2) (a) and (b) the constitution says: “It is hereby, accordingly, declared that-

(a) Sovereignty belongs to the people of Nigeria from whom government through the Constitution derives all its powers and authority.

(b) The security and welfare of the people shall be primary purpose of government.

Corollary, Section 147 (1)(2)and (3) of the Constitution affirmed thus: “(1) There shall be such offices of ministers of the Governments of the Federation as may be established by the president

(2)Any appointment to the office of Minister of the Government of the Federation shall, if the nomination of any person to such office is confirmed by the Senate, be made by the President.

(3)Any appointment under subsection (2) of this section by the President shall be conformity with the provisions of section 14(3) of this Constitution”.

Most of these aforementioned provisions of the highest law in the land says that the president appoints the Nigerian Ministers for the purposes of good governance.

Now, the Nigerian appointed by Mr. President to take charge of the health sector feels strongly that the NHIS (a parastatal) under him is not properly governed based on reported petition and he ordered for probe.

The Minister of Health Prof Isaac Adewole has explained why he directed the Chief Executive Officer of National Health Insurance Scheme (NHIS), Usman Yusuf. He is to proceed on three months suspension with immediate effect following various accusations. Mrs. Boade Akinola, Director, Media and Public Relations, Federal Ministry of Health made this known. Mrs. Akinola quoted the minister as saying the suspension was a result of various allegations and petitions against Mr. Yusuf. The minister also directed the setting up of an investigative committee to look in the various allegations in accordance with the Public Service Rules. The suspension was also to allow for uninterrupted investigation. Following his suspension, he was directed to hand over to the next most senior General Manager in the agency. He advised staff of the agency to be law abiding, vigilant and safeguard all government properties including valuable documents.

But in what is out of sync with the best global practices, the Executive Secretary publicly disagreed and created the impression that because he was appointed by the Katsina State born President (his Kinsman) he is bound not to respect constituted authority.

Constitutionally, this type of nepotistic impression is illegal because the office of the president of Nigeria is not an ethnic or religious trophy and loyalty is to the constituted authority. Section 15 (4) of the Constitution says: “The State shall foster of belonging and the involvement among the various peoples of the Federal, to the end that loyalty to the nation shall override sectional loyalties”.

We say this because we read that the suspended E.S even petitioned his State governor thereby reducing this official matter to look like a tribal warfare .This is even made worst because of the nature of one of the allegations against him (ES) that he unilaterally appointed over half a dozen middle level officers and all are from the North even without following prescribed civil service laws and the constitutional provision of Federal character principle.

The suspended E.S sounded indecorous to publicly affirm that “I will not obey your suspension order”. This is gross misconduct.

The suspended Executive Secretary of the National Health Insurance Scheme, NHIS, Usman Yusuf, has then gave five reasons why he will ignore his suspension from office as ordered by the Minister of Health, Isaac Adewole.

In his own letter addressed to the minister, using the NHIS letterhead, Mr. Yusuf said he received the letter directing him to proceed on three months suspension with immediate effect to pave way for uninterrupted investigation of petitions against him in accordance with Public Service Rules.

He, however, said he would not comply with the directives for the following five reasons:

“1. By virtue of the NHIS Act particularly section 4 and 8 thereof, my appointment and removal from office whether by way of suspension or otherwise is at the instance of the President of the Federal Republic of Nigeria.

“2. Except removed from office by the president under circumstances specified in the NHIS Act, my appointment is for a period of five (5) years subject to further term of the same period at the discretion of the president.

“3. Although by virtue of section 47 of the NHIS Act, you are empowered to give directives of a general nature to the Governing Council of the Scheme and in the absence of the Council, you have Presidential mandate to exercise the powers and functions of the council, but since the powers and functions of the Council do not include discipline, suspension or removal of the Executive Secretary of the Scheme from office, the directive in your letter under reference cannot find comfort under the said section or presidential mandate; and

“4. The letter of suspension is not in accordance with Public Service Rules as no prima facie case has been established against me in respect of the petition referred to in the letter.. The mere fact that there are pending petitions against a public officer which is yet to be substantiated does not constitute a ground for suspension under the Public Service Rules. otherwise, with over 18,000 petitions pending against public officer holders before the EFCC and ICPC as at the end of June 2017, the total number of public officers who would have been on suspension by now including Honorable Ministers is left to be imagined.

“5. As you are aware, the petition referred to in your letter are currently being investigated by the ICPC which is yet to submit its report. In view of the criminal nature of most of the allegations in the petitions, security/investigative agencies like ICPC are the appropriate agencies for investigation contemplated in your letter; not a Ministerial Committee. I have cooperated fully with the investigations so far and will continue to do so.”

The embattled health insurance chief asked that the minister allow “investigations of these petitions to follow due process.”

HURIWA strongly urge all stakeholders in the health sector NEVER TO ALLOW THEIR PERSONAL INTEREST TO HARM THE STRATEGIC NATIONAL HEALTH INSURANCE SCHEME. We expect the health minister and the National Assembly to partner effectively sobas to widen the scope of services rendered by NHIS so all Nigerians are covered by health insurance policy. We propose that there should be a national legislation to make it compulsory for every citizen to be enrolled into NHIS because the fundamental human rights to quality and affordable healthcare services is a strategic component of the UNIVERSAL DECLARATIONS OF HUMAN RIGHTS. We urge the minister of health to scale up his supervisory roles to make sure that all the agencies under his ministerial purview are obliged to comply with the best global services.