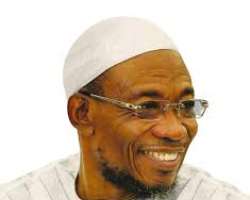 Osun state government had acknowledged the receipt of a sum of N6.314 billion from the second tranche of the Paris Club refunds.

This is contained in a statement released by the Director, bureau of communication and strategy, office of the Governor, Semiu Okanlawon.

"The Government of Osun wishes to announce that it has received the second tranche of the Paris Club refunds.

The State government assured that the money will be judiciously spent in the interest of the people.

"In line with our government's promise to utilize the resources of this state in the best interest of our people, we hereby restate our commitment to this promise as we begin shortly transparent deployment on our commitments to the concerned stakeholders."