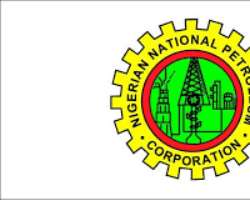 AHEAD of the 2019 target date for the cessation of petroleum products importation by the federal government, the Nigerian National Petroleum Corporation, NNPC, has announced that its three refineries in Port Harcourt, Warri and Kaduna now supplied 60 per cent of Dual Purpose Kerosene, DPK, popularly known as kerosene, consumed in the country.

At the two-day Investigative Public Hearing of the House of Representative Committee on Petroleum Resources (Downstream), Group Managing Director of the NNPC, Dr. Maikanti Baru, stated that the Corporation’s refineries were producing five million liters of kerosene daily representing more than 60 per cent of the national daily consumption requirement of eight million litres.

Baru, who was represented by the Chief Operating Officer, Downstream, Mr Henry Ikem Obih, disclosed that the balance of three million litres of the product was being imported by private petroleum products marketers.

He noted that kerosene and other petroleum products supplied by the Corporation were of high quality and meet safety standards.

“The NNPC ensures that the entire refining output in Nigeria through its refineries in Port Harcourt, Warri and Kaduna and any products imported by it to make up for market supply-shortfalls meet the specifications of the Nigerian Institute of Standard, NIS, and Standards Organization of Nigeria, SON,” Baru said.

He said NNPC would not compromise safety and quality in its products and processes, adding that all the depots in the country had laboratories for quality checks to ensure safety of consumers.

The group managing director explained that in keeping with its avowed commitment to the safety of consumers, the Corporation investigated the recent incident of kerosene explosion in Calabar and could not trace the truck that delivered the adulterated product in any of its depots loading schedule.

He advised the committee to contact the Department of Petroleum Resources (DPR) which is the petroleum Industry regulator to investigate the source of the adulterated kerosene among the private depots.

Baru called on relevant authorities to empower the DPR to carry out its responsibilities more diligently by ensuring that petroleum products imported by marketers meet the required quality and safety standards as NNPC cannot guarantee the quality of products imported by other market players.

“The quality of kerosene being sold to the general public required regular inspection to ensure that it meets health, safety, environment and quality standards at all times to avert any regulatory breaches or threat to lives and properties of the general public and consumers of the products,” Dr. Baru stated.

Earlier, Joseph Akinlaja, committee chairman, stated that the Committee was deeply concerned about high cost of kerosene in the market as well as incessant explosion due to adulteration.

He said the committee was mandated by the House of Representatives to, among other things, work out a clear cut policy framework on deregulation of kerosene to avert the current challenges faced by the poor masses in procuring the product; arrest the resurgence of kerosene explosion with attendant fatalities and investigate the disappearance of eleven billion naira (₦11bn) worth of petroleum product belonging to the NNPC.