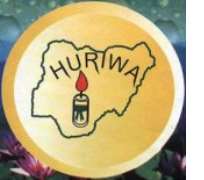 A pro-democracy and Non-Governmental organization-HUMAN RIGHTS WRITERS ASSOCIATION OF NIGERIA (HURIWA) has criticized the proposal by the Federal government to train and reintegrate surrendered “repentant” boko haram terrorists.

The Rights group carpeted the president Muhammadu Buhari’s administration for placing so much priority on the resettlement of the so -called repentant boko haram terrorists using public fund even when the same government has so far failed to prosecute the hundreds of detained boko haram terrorists responsible for the mass murder of over 30,000 innocent Nigerians and the destruction of the North East of Nigeria.

HURIWA has therefore canvassed the immediate compilation by an independent panel of statisticians to be commissioned by the Presidency, of the accurate statistical data of victims of boko haram terror attacks over the last five years including those whose breadwinners were bombed to death and all those who lost their livelihoods and compelled by circumstances to flee the North East of Nigeria. The group stated that the Nigerian government should therefore direct the Presidential committee on resettlement of victims of terrorism headed by retired Lieutenant General Theophilus Danjuma to thereafter commence the appropriate compensation of all the victims of these killings by armed terror group of boko haram terror gangs.

In the considered opinion of the Rights group, the Nigerian Federal Attorney General and minister of justice Malam Abubakar Malami(SAN) has breached the constitution by allowing the military authority to proceed with the reintegration of the so-called ‘repentant’ boko haram terror suspects even when victims of the deadly attacks have been abandoned to their cruel fates by the government.

HURIWA argued that the current administration has no plan on the long, short and medium terms to commence the professional prosecution of all detained terror suspects of boko haram but lamented that what we see is that the government has consistently ordered the freeing from detentions of detained suspected terrorists over the last two years.

Citing section 174(1) of the constitution of the Federal Republic of Nigeria of 1999 (as amended) which provides that 'the Attorney General of the Federation shall have power to institute and undertake criminal proceedings against any person before any court of law in Nigeria other than a court martial, in respect of any offence created by or under any Act of the National Assembly', the Rights group faulted the move by the chief of Defence staff to begin the reintegration without criminal trial of suspected boko haram terrorists whom he identified as “repentant” boko haram terrorists.

The Rights group reminded the Buhari’s government of what the Ancient Philosopher Aristotle said that 'if justice be taken away, what are governments but a great bands of robbers?'

Besides, HURIWA blames the upsurge of bombing campaign by the boko haram terror masterminds on the failure of the current government to put in motion mechanisms for the criminal prosecution of the hundreds of boko haram suspects in different detention facilities run by armed security forces.

The Chief of Defence Staff, General Abayomi Olonisakin, was quoted as saying in New York, United States of America at the Weekend that Nigerian military is currently confronting no fewer than 14 security threats across the country even as he stated thus:“Last week, many Boko Haram militants surrendered, and we have what we call Operation Safe Corridor in Gombe that is to handle this kind of surrendered terrorists. I believe in the next couple of days, repentant Boko Haram terrorists will be moved to that Operation Safe Corridor where they will conduct de-radicalization and integration procedure for them”.

HURIWA Said this misplaced priority by the Nigerian state of spending tax payers' money to retrain and reintegrate suspected criminal terror masterminds who are responsible for mass killings of over 30,000 innocent Nigerians over a space of five Years as against the statutory provisions of both the Constitution and the anti-terrorism Act passed by the National Assembly of the Federal Republic of Nigeria and assented to as Law of Nigeria by the President which prescribes clear punishment for terrorists. "The practice of setting free terrorists is a direct undermining of the Nigerian laws which is antithetical to the Principle of Rule of law and constitutionalism. This tendency is absolutely condemned".