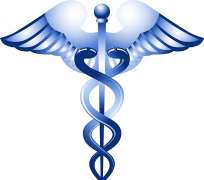 Medical doctors in Osun State under the auspices of the Nigeria Medical Association, (NMA) on Thursday staged another protest in Osogbo, the state capital over the unpaid arrears of their salaries and poor condition of hospitals in the state.

The doctors trooped out from the Ladoke Akintola University Teaching Hospital and moved to the popular Old Garage. The procession moved to the Ola-Iya junction and terminated at Oke-Fia roundabout.

They lamented that the state government was paying them half of the salaries. The doctors also expressed worries over the poor condition of hospitals across Osun State.

Speaking with journalists, the NMA Chairman in the state, Dr. Tokunbo Olajumoke explained that the state governor, Mr Rauf Aregbesola illegally slashed the salaries of the doctors and that the action of the governor was unacceptable.

He frowned that despite the mutilation of their salaries, state government was taxing them based on 100 percent of the salaries. He said the doctors could not meet their financial obligations despite that they work very hard.

As they were chanting various anti-government songs, the doctors described Aregbesola as callous and cruel. Olajumoke said NMA was not carried along when the governor decided cut the salaries of doctors.

According to him, “Our protest is not only centred on our salaries but state hospitals lack equipment and drugs. The conditions of our hospitals are bad. There are no drugs; the most expensive drugs in many hospitals are paracetamol and other painkillers.

“We say no to obnoxious tax regime, we say no to amputated salaries and we want our hospitals to work in the interest of the people, who cannot afford to seek treatment abroad.

“After today’s protest, we will review our strategies and we will come up with a more drastic action and that is why we are calling on major stakeholders in the state to talk to the governor. We cannot give half treatment to our patients because we are being paid amputated salaries.

Olajumoke said the doctors have done everything they could do to persuade the governor to listen to them and do the needful but Governor Aregbesola remained adamant.