AHRC wishes all a happy and safe July 4th Holiday 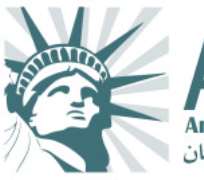 AHRC wishes all a happy and safe July 4th Holiday

The American Human Rights Council (AHRC-USA) wishes all Americans a safe and pleasant Fourth of July holiday in celebration of the nation's independence. On this occasion, we salute all the men and women of the law enforcement family across the nation who work tirelessly and around the clock so we all enjoy the holiday in peace and safety.

This year we celebrate the 4th of July with our nation facing a myriad of challenges. In addition to the threat of terrorism, and acts of hate, violence domestic and international, we continue to struggle with the ongoing challenges of racism, bigotry, conflicts, wars, torture, hunger, poverty and social injustice in many areas of the world. This year the nation has experienced serious crises such as the shooting and killing of innocent Muslim Americans in different cities across the USA as well as the drastic increase of terror attacks in number of countries abroad that claimed large numbers of innocent lives. The series of terrorist and bloody attacks are a constant reminder that terror is our common enemy, it is an enemy that has no ethics, morality or religion. In the spirit of our American values, we stand united combating this danger.

In this 4th of July let us not forget that we enjoy the blessings of independence and freedom in America while many parts of the world are mired in war, conflict, hunger, humanitarian crises and suffering. On this 4th of July we celebrate our independence without forgetting that our country has a moral obligation to stand for the freedom and independence of all the people in the US as well as abroad.

"The 4th of July is not only a celebration of America's independence but of the values that America stands for as well, paramount among these values being freedom and equality for all- all meaning all human beings," said Imad Hamad, AHRC Executive Director. "We will continue to work toward an America where the blessings of freedom and equality are enjoyed by all American citizens. Let us not forget that what unites us is not only our citizenship but our humanity as well," continued Mr. Hamad.