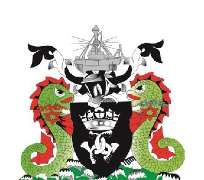 The Nigerian Importers Integrity Association (NIIA) has said that no fewer than 20,000 jobs in the Niger Delta region could be lost as a result of the face-off between Nigerian Ports Authority (NPA) and oil and gas logistics giant, INTELS Nigeria Limited. NIIA President, Mr Godwin Onyekazi said it was unfortunate that a simple business disagreement, which could have been amicably resolved “at the coffee table”, was allowed to degenerate to the point where more than 20,000 jobs are on the line.

Addressing newsmen on Wednesday in Lagos, the NIIA President explained that, “INTELS is a major operator in oil and gas, maritime and real estate industries. It is one of the largest employers of labour in the country and in the Niger Delta region. It should therefore concern any well-meaning Nigerian that NPA is unable to amicably resolve and manage its differences with such organisation.

“We have also read that INTELS is being persecuted because of its perceived links to a top politician in the country. This political dimension to the entire saga makes the intervention of His Excellency Acting President Yemi Osinbajo imperative.

“We do not think that companies operating in the country should be subjected to political persecution especially at this time when the Federal Government is pushing hard for peace to reign in the Niger Delta region,” Onyekazi said.

“It is an exercise in delusion to think that there is any other facility in-country that can provide the type of services INTELS is providing to the oil and gas sector. The oil and gas majors will simply move to Angola, Sao Tome and Principe or South Africa to enjoy the kind of services they enjoy at INTELS if INTELS is no longer in position to provide such service.

“The implication of this is huge revenue loss to the country and loss of jobs in the Niger Delta region,” he said.

The NIIA President also called on the Federal Government to provide palliative measures to cushion the effect of Ijora-Wharf road closure for one year on port users.

While commending the government for deeming it fit to repair the Ijora-Wharf Road, which he said has been abandoned for several years, he said the same attention should be given to the Port Harcourt Port and Onne Port access roads.

It may be recalled that Justice A. R. Mohammed of the Federal High Court, Abuja last month issued an interim order directing the Nigerian Ports Authority and four others to maintain the status quo in a suit filed by INTELS Nigeria Limited on the de-categorisation of terminals at the nation’s seaports.

INTELS, which filed the suit number FHC/ABJ/CS/417/2017 at the Federal High Court Abuja, is asking the court to, among other reliefs, issue an order stopping the NPA and other defendants from implementing the proposed policy review.

The defendants in the suit are the Federal Government, Attorney General of the Federation, NPA, Bureau of Public Enterprises and the Federal Ministry of Transport.

INTELS asked the court to make a declaration that the five lease agreements it entered into and executed with the 3rd, 4th and 5th defendants in respect of the Warri New Terminal, Warri Old Terminal, Federal Lighter Terminal B, Calabar Terminal A and Federal Ocean Terminal A, all dated October 24, 2005 for 25 years’ renewable leasehold were still subsisting.

The plaintiff, among other reliefs, also sought a declaration that the defendants were duty-bound to honour, perform and fulfill their contractual obligations as stated in the five lease agreements.

The plaintiff also requested the court to issue an order of perpetual injunction restraining all the defendants, their agents, representatives or privies from “doing, directing, carrying out, executing or implementing any policy, directives, or act, which are capable of diverting traffic, customers, sales, patronage or otherwise that would affect the spirit and intendment of the five lease agreements, revenue generation, profits, returns on investment and any other projection or projections of the plaintiff made pursuant to the five lease agreements all dated the 24th day of October, 2005.”

Justice Mohammed directed all parties in the suit to maintain the status quo ante regarding the subject matter pending the decision of the court on whether it had jurisdiction to entertain the suit or not.