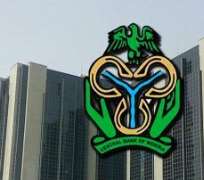 The Central Bank of Nigeria (CBN) on Wednesday directed the consortium of 13 banks involved in Etisalat Nigeria's $1.2 billion loan to suspend further action on the indebtedness, including taking over ownership or management of the company.

This came as a source in Etisalat claimed that the telecom company has been servicing the debts up to 50 per cent while another source in the creditor banks told Vanguard that Etisalat is now asking for a write-off of the outstanding debt. Vanguard investigation revealed that the directive came directly from the CBN Governor, Mr. Godwin Emefiele, who spoke to the banks' Chief Executives via phone while they were meeting to discuss the next move in resolving the debt saga.

Industry sources confirmed this development to Vanguard, saying that the CBN Governor also directed that going forward the banks must get the approval of the apex bank on any move or measure they intend to take with respect to the Etisalat indebtedness. Investigation also revealed that prior to the Governor's intervention and directive to the banks' CEOs had agreed to issue a joint statement to explain their position and objectives with respect to the $1.2 billion loan. Speaking to Vanguard on condition of strict anonymity, an industry sources who had knowledge of the meeting, said the banks wanted to clear the misconception that they wanted to take-over the ownership and management of Etisalat.

“That is not the objectives of the bank. They are not interested and they are not taking over Etisalat. They did not request for the transfer of the shares of UAE's Etisalat shares to United Capital. All they are pushing for is repayment of the loans. Don't forget that the money does not belong to the banks but to their depositors.” It was also gathered that while the banks were pushing for a loan repayment deal, the management of Etisalat Nigeria insisted that the loan be written-off. A source close to the negotiations, who spoke on condition of anonymity, confirmed this to Vanguard.

We've paid over 50% Etisalat Nigeria yesterday said the amount widely reported in the media as what it owes the consortium of banks threatening to take over its management was a misrepresentation of facts. A close source to the telecom company claimed that Etisalat Nigeria has serviced more than half of its debt obligation to the consortium of 13 banks, before the appeal for restructuring plan early this year due to forex issues and economic recession.

The source told Vanguard that having serviced half of the debt, the actual amount remaining for Etisalat to clear the debt was about $500 million (N165bn) and not $1.2bn as freely reported in the media. He said: “The actual outstanding on the loan is about $500m (about N165 billion).

This is in view of the fact that Etisalat has efficiently serviced the $1.2 billion loan up until earlier this year when discussions with the banks regarding the repayment restructuring commenced. I can confirm to you, in confidence, that we have made repayment of over 50% of the original loan so far”, the source said. During a visit to the Etisalat's corporate head office at Banana Island and its annex office at the Oriental Hotel, Victoria Island, both in Lagos, this reporter observed that normal activities were going on as workers went about their duties unhindered. A senior management official of the company, who spoke on condition of anonymity, said that the announcement by Emirates Telecommunications Group Company ( The Etisalat Group) of Abu Dhabi, United Arab Emirates to pull out of the Nigerian telecommunication arm was not a sign of bankruptcy or insolvency.

According to him, “What has effectively happened is a change in ownership and not a receivership, bankruptcy, or winding up so operations will continue to run and subscribers can continue to access services on the network as usual.” He dismissed fears that the present situation could lead to job loss, stating that there were no plans to lay off the staff of the company. “The discussions with the banks have been on for a while and Etisalat has met its obligations to staff during this time. So long as the business continues, and from all indications it will, the company will sustain its side of the bargain.” The senior official also assured that the company's day-to-day operations would not be disrupted in any way and that subscribers would continue to enjoy excellent customer experience on its network during and after the transition period.