Quit Notice To Igbos: If That Will Make Them Come To Their Senses, I Am In Support --- Barr Elunor 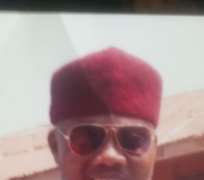 The South-south and South-East chairman, Muslim Lawyers Association of Nigeria. Barr Mohammed Ndoka Elunor, has insisted that if the quit notice given to his kinsmen in the northern part of the country would bring them to their senses and drop the idea of secession from the country, he is fully in support.

He said, “Someone that goes into the bush to fetch ant infested firewood shouldn’t complain by the time the lizards comes to assist him within his compound”.

The Asaba born lawyer and Muslim faithful stated this Thursday 15th June, 2017 in an exclusive interview with our correspondent in Asaba, the Delta State capital.

While describing the quit notice given to the Easterners as a reaction from the northerners, he said “it is not so surprising to me because of the conduct IPOB group. The IPOB, they have made a lot of hate speeches. In fact, their conduct is likely to cause a breakdown of law and order and it is foreseeable”.

He said the comments accredited to the leader of the group, Nnamdi Kanu, on Radio Biafra were not good and should not have been said, “Biafra is for all of us but by the time he comes to say that you people who are Muslims who are Ibos by tracing our genealogy is not acceptable”.

He noted that the idea of calling Igbo leaders’ names were wrong, stressing, “We all have our rights, even the Hausas. If you are agitating for secession which on its own is a crime, it is not too good”.

While adding his voice to the marginalization that the Igbo man has suffered, he said, it is an issue that must be addressed, “I believed that the Igbo man is marginalized, I believed that it is something that must be addressed and from the antecedents so far, the Hausa and the Yurobas except you intend to be violent, your voice will not be heard”, pointing out that the agitation of the Yurobas especially the June 12 before former President Olusegun Obasanjo, became head of state, “their agitation through the OPC, they were not killing themselves and then look at the South-south, it was through the militancy that Goodluck Jonathan became the President of this country. Why must the Igbo man be different? He asked.

The South-south and South-East chairman of Muslim lawyers queried the idea of agitating for Biafra through secession, “secession is not acceptable but if you are talking about justice and equal right, it is acceptable. Though I believe that you cannot get that except there is this element of fear which is now part of us”, stating that unless one becomes a vagabond, the nation doesn’t listen to such persons, “but being a vagabond does not extend to talking about secession by making hate speeches, it is very bad. Those hate speeches they have made, we know the consequences here”.

According to him, “the north can’t just fold their hands and watch you say things like that as if they do not exist and they have told you, now you want Biafra, you want to be on your own, I give you till October 1st to leave. The consequence is that the Ibo man is not prepared because if you go to Kano, about 30-40 per cent of properties in Kano belong to the Ibo man. Look at their warehouses and you are talking of secession, a different country. They will just make a law that prohibits you as a foreigner from owing landed properties, you will go and you will forfeit all and you know the nature of an Ibo man, he will rather die because he is a materialistic person”.

On whether he is calling for the attack of his brethren, he said, “you see, nobody has monopoly of violence, by the time they do their IPOB, they come here to close our roads in Asaba, you the Ibo man that is in Kano, where were you when they were causing mayhem? You are asking for something, when it comes, you have to accept it. You are saying we don’t want to be part of this and they are saying please go, we don’t want you again. You say you want to get your own country, what are you still doing there. If you are not there who will attack you? They should go to Nnewi, if the Hausa people come to Nnewi to attack them then we know they are looking for trouble but by the time you remain in Kano and you are saying that you want to secede then you are uncertain”.

On why security agencies have not arrested any of the Arewa youth on the quit notice to Ibos, he said, “Nnamdi Kanu made hate speeches and flowing, consequent upon those speeches that he made, people were killed. He said something, from that thing he said, there was a reaction. Arrest them for what? What offence did they commit?