Oodua Nation: The Power Of A Dream 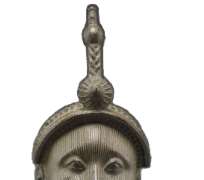 "They who can give up essential liberty to obtain a little temporary safety deserve neither liberty nor safety."

- Benjamin Franklin at the American Conference on February 17, 1775.

"There are risks and costs to action. But they are far less than the long range risks of comfortable in action."

- John F. Kennedy
As things continue to geometrically degenerate in this contraption of a tragedy euphemized as a country, called Nigeria, many members of several ethnic nationalities have been looking for a way out. Those who peopled Nigeria have been fed with hope that things would improve since October 1, 1960. But rather than see the realization of the hope, misery and various forms of tragedies have been the lot of Nigerians.

Now if a country remains in this kind of cul-de-sac, it is imperative to begin to think of a way out. The need to think out of the box becomes a necessity. Clinical intellectual exploration becomes mandatory. If you are at the receiving end as a second class citizen and you hate eating crumbs when you should be at the table, you are not only worried and disturbed, you become challenged.

As a proud Yoruba son, raised to appreciate self respect, dignity and independence, finding yourself and your people in this kind of quagmire of enslavement and subjugation, where others decide the limit of your potentials when they are not your creator; you begin to wonder, to think, to express and to DREAM.

You begin to identify the hurdles, the challenges and imagine how to scale those hurdles and meet those challenges. You begin to examine the options available. You then engage in basic comparative analysis to isolate the best of the options in lieu of your trajectory and your experience.

And you begin to DREAM.
It was the exceptionally distinguished Professor Banji Akintoye, the seminally brilliant Historian who inebriated me with the concept of "KNOW THYSELF." A simple but powerful concept that suggests that when you search for and identify who and what you're, your trajectory over the indelible sands of time would be less tortuous, less stressful and more meaningful as well as result oriented.

And you begin to DREAM.
This concept became a propeller that buoys the velocity of my intellectual expedition as I hunt for other options to Nigeria. I went into my History once again, in the course of which I met my forefathers and was regaled with their pride as well as their heroism.

I came in contact with their brilliance in social engineering, drank from the deep well of their philosophy, eat from their potpourri of ingenuity of their political sagacity, caroused in their comforting fundamental comprehension of faith as it relates to religion whence they dexterously interwoven their idea of monotheism with that of polytheism - an ingenious idea that naturally fosters religious freedom and tolerance, ever before the Caucasoid "Civilisation" makes it a vogue.

And you begin to DREAM.
I came in contact with their war skills and their bravery, their organizational skills, their adroitness in arts of all variations, their trading aptitude, their utmost respect for and or of the living as well as the dead because of the hereafter. I came in contact with myself. It was and still is a great discovery. I came to know myself. Better.

And I begin to DREAM.
Knowing myself better was and is still very refreshing. It renewed me. It reinforced me. It empowered me. It reinvigorated me. It re-energized me. It re-equipped me. An it further elicits and enhances the DREAM.

"To choose the right moment to act is the great art of man....."

As I dream, I am inspired by the exploits of Oodua as a man; I am encouraged by the courage of Moremi Ajasoro; I am enthralled by the wisdom of Olugbon, Aresa and Onikoyi. I am captivated by the endurance and perseverance of Owa Ajibogun; I am thrilled by the clairvoyance of Ajero and the Orangun. I am impressed by the gallantry and determination of Oranyan. I am enthused by the statesmanship of Bashorun Ogunmola; I am beguiled by the broad-mindedness of Sodeke.

I am dazzled by the bravery of Ogedengbe Agbogungboro, Aare Kunrunmi, and Aare Latoosa as well as the defiance and patriotism of Ishola Fabunmi of Oke-Mesi and Ogunsigun of Ijebu-Igbo among many others.

As I dream, I am enraptured by seminal ingenuity, commitment, dedication, sacrifice, loyalty and patriotism of Obafemi Awolowo, the arresting brilliance of Sapara Williams, Herbert Macaulay and Bode Thomas; I am fascinated by the commitment and dedication of the Oluwole Awokoyas, Samuel Akinsanyas, Adekunle Ajasins, Emmanuel Alayandes, D.T. Akinbiyis, Ayo Fasanmis, Hezekiah Oluwasanmis, Banji Akintoyes and many others.

As I dream, I ruminated over the seminally brilliant mind of Samuel Ladoke Akintola and his foibles and reckon he avails great lessons.I examined the travails of the Soroyes, Adegbenros, the Odeleye Fadahunsis and their ilk, and I wondered at their vibrancy. I looked at Olusegun Obasanjo, his craziness, boldness and limitations and I marvel.

I observed the gifted mind of Bola Ahmed Tinubu, his talents, vivacity and his crucial omissions and I felt galvanized. Then comes the reassuring valiance of the Alani Akinrinades, the Alabi Isama's, the Bajowas, Benjamin Adekunles, Adekunle Fajuyis and the Adeyinka Adebayos among several others and I am encouraged.

And I continued to dream.
Inured by the depth and commitment of the Amos Akingbas of this world, the Ayo Adebanjos of this world, the Femi Okunronmus of this world; the sacrifices of Abraham Adesanyas, the Bola Iges, the Lateef Jakandes, Bisi Onabanjos, the perseverance of the Olusegun Osobas, the Bisi Akandes and their ilk, I couldn't help but dream more.

And I continued to dream.
A proud people. A proud History. A proud culture. A sound philosophy. Rich endowments. Rich resources in human and natural materials. A people, that has demonstrated over and over, the depth of their understanding of human nature in crisis management and confronting challenges. A people with limitless possibilities for now and the future but is facing arrested development because it is chained to a tragedy called Nigeria.

"...the strength of an endangered race lies in maintaining a homogenous cultural and political machinery."

- Vanguard February 7, 2002.
I dream of a great future for the Yoruba people in a GREAT OÒDUÀ NATION. I dream of Oòduà Nation where we would be masters of our own political destiny. I dream of an Oòduà Nation where all our potentials would be unleashed economically; our agriculture rejuvenated purposefully; our industries manned and piloted by endowed individuals; our academia showcasing the best in our midst for the world to marvel at; our army to be modern, agile, nifty, efficient and patriotic; our police to be ably equipped, local, imbued with integrity and be a pride to all.

I dream of an Oòduà Nation that would not be without its own challenges or crisis; an Oòduà Nation where human nature would always emanate while it's negatives are constructively constricted for the good and progress of all. I am confident in the innate vibrancy of our culture the depth of which we can always reach to manage our crisis and turn to such to a source of a new strength.

Others would make jest of this in various ways. They would label me as a protagonist of this imminent Oòduà Nation in many ways and call me names, insult me, ridicule me and stigmatise me as an ordinary dreamer. They would dismiss me as an unserious mind and a rabble rouser.

They forgot that if Thomas Jefferson, John Adams, George Washington, Thomas Paine did not dream, there would not have been the America of today.

If Abraham Lincoln did not dream and pursue that dream, the gauntlet of which was later picked up by John F. Kennedy, Lyndon B. Johnson, Martin Luther King Jr., Malcolm X, Medgar Evers among several others, Barrack Obama would not have been the President of the United States of America.

"There are risks and costs to action. But they are far less than the long range risks of comfortable in action."

- John F. Kennedy
Yet, others would take recourse to fear mongering; shouting on the rooftops of a War that may never happened. They would prop up peace as the only desirable. They would argue that the first Nigeria's Civil War was this and that. They agree that Nigeria has not worked. They know it is not working and would not work.But they are paralysed by fear and inaction, wishing away the doomsday that is at the door, thereby increasing the cost of our freedom through "comfortable inaction."

They forget that we need to save our women and children by opting out of Nigeria, without having to go to war. They forget that there are so many gates into a market and that we don't have to shoot bullets to free ourselves, even though, it may be necessary.

"They who can give up essential liberty to obtain a little temporary safety deserve neither liberty nor safety."

- Benjamin Franklin at the American Conference on February 17, 1775.

But this would not stop the March to freedom. It would not stop the March of freedom. It would not impede the March of the Yoruba people to their manifest destiny. Many speak against it publicly for political correctness but secretly praying, craving and desiring it. Everyone wants to be free but are scared of breaking off the chains of the Nigerian tragedy. Everyone wants to go to heaven, but nobody wants to die, apology to Peter Tosh.

Freedom, dignity, and self respect of a people is priceless. We have to live and if necessary, die on our feet. It is better, more dignifying than to scavenge on our knees for crumbs from those holding our people in political and economic bondage.

Very soon, it would be evident to those who are using fear of war or fear of any kind as a weapon to interrupt this freedom song, asking us to give up essential liberty, freedom, dignity, and Oòduà Nation to obtain a little temporary safety that neither their liberty nor safety could or would be guaranteed by the vampire Nigerian State, when the chips are down. The Yoruba people shall be free.

It is time to go home to Oòduà Nation.