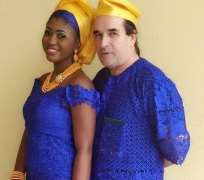 Chiamaka De- Freitas died at the MART Hospital in Lagos, in March, 2017. But three months on, the 24-year-old has yet to be laid to rest as families, and even her cause of death, have been called into question.

Per Second News gathered Friday that Chiamaka’s body had not been buried amid a legal dispute between families and the medical facility over the real cause of death.

Autopsy report have indicated cause of death to concealed hemorrhage due to bladder injury sustained during the CS at the medical facility. Chiamaka went into hemorrhagic shock occurring due to concealed hematoma after two operations conducted on her within a twenty-four period.

Per Second News in an exclusive report in April revealed that investigators and attorney’s working for the deceased (Chiamaka Defreitas) unearthed cases of misconduct and medical malpractice against a consultant (namewithheld) that performed Chiamaka’s surgery. The consultant according to investigators have prior issues of misconduct, misdiagnosis and mistreatment against him by some patients and relatives at another hospital in Lagos

But this is not where the bizarreness ends. Some family members are also trying to hijack Chiamaka's properties, especially the house built for her by her Portuguese husband.

Recall that Per Second News in an exclusive report in March revealed that Mr Arlindo Defreitas, a Portuguese, had claimed that the Mart hospital forced his late wife to undergo a caesarean section and another surgery within a 24 hour period.

He added that after being delivered of a baby boy on March 24, 2017, Chiamaka Defreitas, an Imo State indigene started bleeding due to some complications from the C-section.

He said the victim died on Sunday, March 26, after bleeding for about 15 hours.

" I said why can't you use ultrasonic Tools and scans to see what’s going on, instead of cutting her open again and allowing her lose more blood which already is a problem".

"By the time I got to the hospital, they already cut her open for the second surgery, they opened her thorax from under the breast down – and finally, they found nothing after 4 hours of operation."

"When I entered the theater all her organs were scattered around, I couldn't look, it was like the work of a butcher." I told the doctor my wife is not a cow, he said.

Arlindo said his wife, Amaka, 24, showed no signs of distress in the weeks following up to the c-section.

"I was an emotional wreck by this point." I never gave consent for the second surgery, nobody in my wife's family did, Arlindo told Per Second News. "Until this moment cause of death is still unknown, I was reading in the papers but not informed officially by the hospital”.

“I have decided to do an independent autopsy at another facility outside Lagos, as I suspect foul play”.

Speaking with Per Second News Dr Tiffany Jones, a US based obstetrician, said the case of the late Amaka Defreitas, is both pathetic and curious, wondering the rationale for making her go under the knife within 24 hours after the C-Section. She said the most common reason women die during C-sections is bleeding. Bleeding can be fast and severe and by the time any medical protocol can be instituted, sometimes it’s just too late.

" That is why I believe the second surgery was not necessary".

"Other C-section complications include bladder injury, infection, bowel injuries and blood clots, which can sometimes result in pulmonary embolisms. A pulmonary embolism is a potentially fatal blockage of the main artery of the lung by a substance that has traveled from somewhere else in the body."