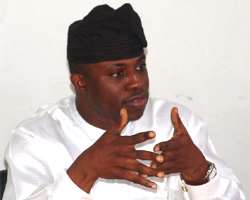 The House of Representatives on Thursday asked the Federal Ministry of Education and the National Universities Commission to abolish the Post-Universities Matriculation Examination conducted by universities in the country.

The ministry and NUC supervise the 104 universities, which in introduced the tests, a condition which must be met before students are offered admission. The universities had argued that the tests were introduced to raise the quality of those given admission to tertiary institutions.

The tests were introduced following the claims by universities that due to alleged cases of examination fraud, many who were offered admission by JAMB could barely write their names.

In a resolution in Abuja, the House said that the tests were not only 'exploitative' but also a burden to prospective students and their parents.

Post-UME tests are written by students after they have sat and passed the UME conducted by the Joint Admissions and Matriculation Board.

JAMB, however, replaced the UME with the Unified Tertiary Matriculation Examination this year.

But on Thursday, the House disagreed with the universities, saying that they (universities) were only out to use the tests as a source of revenue and in the process, deny many eligible candidates admission.

A member from Kogi State, Mr. Samson Positive, who sponsored a motion on the matter, informed the House that poor parents could not afford the cost of the tests.

Besides, he told the House that students had to travel far distances at great risks to their lives to sit for the tests.

The motion also queried the legality of the tests as it argued that JAMB was the only body recognised by law to conduct university admission examinations.

He added that the recent introduction of UTME 'where candidates have six choices, two for universities; two for polytechnics; and two for colleges of education renders post-UME unnecessary.'

However, some members opposed the motion and insisted that the tests should be retained.

One of them, the Chairman of the House Committee on Water Resources, Mr. Terngu Tsegba, argued that the tests gave 'equal opportunity' to all candidates to compete for the limited admission spaces available in the universities.

According to Tsegba, examinations conducted by bodies such as JAMB had revealed shortcomings on their part and interference from external forces.

He said, 'This situation has sometimes raised doubts over the credibility of the results.

'The post-UME test is therefore a leveller and gives all candidates equal opportunities to prove themselves for the limited admission spaces.'

Tsegba also disagreed with the notion that the universities had no legal backing to conduct the tests.

He held the view that each university was empowered under the act establishing it to decide how students should be admitted in its faculties and departments.

Although the Chairman of the House Committee on Education, Mr. Farouk Lawan, supported the motion, he called on JAMB to review the conduct of the UME or UTME and make the process acceptable to the universities.

Lawmakers later endorsed the motion in a majority voice vote.

The House also passed a related motion seeking to investigate the N10,000 'extra charge' JAMB allegedly imposed on candidates who sat for the April 23 UTME.

Out of the 1.2 million candidates who wrote the examination, the sponsor of the motion, Alhaji Abubakar Shehu-Bunu, said that 82,000 of them did not get 'their scores (results) in all subjects, except English Language.'

The lawmaker noted that rather than admit its failure for releasing the results, JAMB blamed it on the candidates by imposing the N10,000 charge on them.

He said, 'JAMB's failure to release the results of the 82,000 candidates may not be attributed to the candidates' failure to shade proper answers on the answer sheets as alleged by the examination body, but may be as a result of inadequate organisational and supervisory network to address the menace.'

The House referred the matter to the Joint Committees on Education and Justice for investigation.