Describes Shitu’s appointment as Communication Minister as crisis hindering the growth of ICT sector in the country.
By Wole Adedoyin 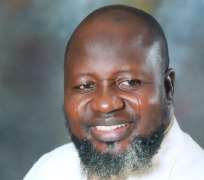 The Computer Guild of Nigeria (CGN) has described the appointment of the current minister of communication, Alh. Adebayo Shitu as the only crisis hindering the growth and development of ICT sector in the country.

This was contained in a press statement made available to the pressmen by the National President of the guild, Mr. Wole Adedoyin on Monday.

The Guild accused President Muhammadu Buhari of appointing a wrong man for a right job.

Part of the statement read “It is unfortunate that our president could use a holder of first degree in law to manage one of the country’s important ministries. This development has shown that our president himself lack vision, knowledge and in-depth understanding about how the ministry works. This is putting wrong peg in the wrong hole. We were in the system when Dr. Omobola Johnson was appointed the ICT minister. The woman did well and brought ICT to the grassroots people. Her professional experience in the field helped her a lot to accomplish great projects. Before her appointment, she holds B.Eng. Electrical and Electronic Engineering, M.Sc Digital Electronics and P.H.D in Business Administration unlike the current minister who only holds first degree in Law. In terms of professional experience, the woman was capable and this contributed to her innumerable achievements while in office. “Putting wrong peg in wrong hole” is the major reason why our economy is crumbling and our ICT sector dilapidating.”

The Guild however urged President Muhammadu Buhari to reshuffle his cabinet and transfer Alh. Adebayo Shitu to where his knowledge of the Law and Islamic radicalism will be mostly useful.