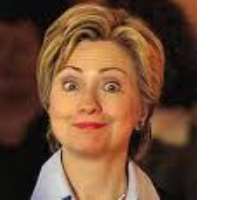 AMID mounting tensions in the Korean peninsula, United States (U.S.) Secretary of State Hillary Rodham Clinton has called on the world community to respond to the sinking of a South Korean warship that has been blamed on North Korea.

'This was an unacceptable provocation by North Korea, and the international community has a responsibility and a duty to respond,' the Associated Press (AP) quoted Clinton as telling reporters after talks with South Korean leaders.

The ship sinking 'requires a strong but measured response,' she said at a joint news conference with South Korean Foreign Minister Yu Myung-hwan, though she did not elaborate.

The North's military said it would block cross-border traffic heading to a joint industrial zone in North Korea if the South does not stop psychological warfare operations. It also vowed to blow up any loudspeakers South Korea sets up to broadcast propaganda northward.

'This was an unacceptable provocation by North Korea, and the international community has a responsibility and a duty to respond,' Clinton said.

A team of international investigators concluded last week that a torpedo from a North Korean submarine tore apart the 1,200-ton Cheonan off the west coast, killing 46 South Korean sailors.

South Korea began taking punitive steps Tuesday against the North including slashing trade, resuming propaganda warfare and barring the North's cargo ships. Those were seen as among the strongest it could implement short of military action.

The U.S. has said evidence of the North's culpability is overwhelming and has backed the South's measures, but key North Korea ally China has said it is still weighing evidence about the sinking and has done little but urge calm on all sides.

Clinton said the United States would be consulting with South Korea and members of the UN Security Council on what the appropriate action would be, but she declined to offer a timeline.

“We're very confident in the South Korean leadership, and their decision about how and when to move forward is one that we respect and will support,” she said.

Clinton spent just a few hours in Seoul discussing possible international responses with South Korean leaders. North Korea denies it was to blame and has threatened any attempt to punish it could lead to war.

Clinton arrived in the South Korean capital yesterday after intense discussions on the deteriorating Korean situation with Chinese officials in Beijing.

“I believe that the Chinese understand the seriousness of this issue and are willing to listen to the concerns expressed by both South Korea and the United States,” she said. “We expect to be working with China as we move forward in fashioning a response.”

China, the North's biggest ally, says it is still weighing the evidence over the sinking.

Beijing regards the sinking as “extremely complicated” and has no firsthand information about the cause, Vice Foreign Minister Zhang Zhijun told reporters in the Chinese capital.

“China is carefully and prudently studying and examining the information from all sides,” he said.

South Korea's Yu, asked about the possibility of China or Russia blocking action by the UN Security Council, said they “will take time, I'm sure, but they will not be able to deny the facts.”

Clinton called the investigation into the sinking “very thorough, highly professional” and “very convincing.” She said both the United States and South Korea had offered China “additional information and briefings about the underlying facts of that event.”

“We hope that China will take us up on our offer to really understand the details of what happened and the objectivity of the investigation that led to the conclusions,” she said.

Lee thanked Clinton for Washington's backing, while the top U.S. diplomat replied that she came to South Korea to show her “clear and unmistakable” support for Lee and his government, according to Lee's office.