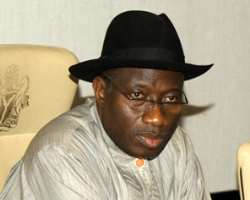 The Federal Executive Council on Wednesday lamented that construction and procurement contracts in Nigeria were between 20 and 30 per cent higher than what obtained in other parts of the world.

It consequently set up an interministerial committee headed by Vice-President Namadi Sambo, to produce a template to ensure that contracting system, especially for construction and other- related services, compared with other nations.

The Minister of State for Communications, Mr. Labaran Maku, who spoke with journalists after the council's weekly meeting in Abuja, also disclosed that another committee was constituted to work out a framework for the reimbursements of state governments that rehabilitated Federal Government facilities, including roads in their domain.

Maku said that FEC set up the interministerial committee because the costs of projects had remained 'unreasonably' high in the country despite a series of reforms in the public procurement process.

The committee, according to him, will identify the factors responsible for 'unsually high costs' of projects in the country and produce the template for evaluating and awarding contracts.

The minister said, 'One of the key issues that the council decided on today (Wednesday) is the issue of cost of construction projects and related projects in Nigeria.

' The council noted that in spite of all the processes that we have gone through so far, including the Due Process provision and reforms in recent years, the cost of construction is relatively higher than in most other countries even within the ECOWAS sub-region and other parts of the world.

'FEC took exception to this variation in cost which sometimes goes beyond 20 - 30 per cent above contracts of the same quantity and duration awarded in neighbouring countries.

' The council could not see any reason why contract for say one kilometre road in Nigeria should cost significantly more than it will cost in Ghana or Benin Republic when we are in the same region. We are under the same climate and most of the indices are the same.

'We believe that something must be wrong and we must do something to ensure that we bring down the cost of service delivery.

'We hope that when the committee concludes its work, a template can be arrived at to ensure that our contracting system, especially for construction and other related services are programmed and aligned to those of other countries in the region and comparative with other parts of the world.'

Maku noted that it would be 'inappropriate to blame the high cost of projects and procurements on the BPP' until the inter-ministerial committee turned in its report.

But he said that the payment system in the country, which is usually late, could be one of the factors that encourage the high cost of projects.

'Sometimes contractors have raised the question that the process of payment in Nigeria is unusually very long and some of them try to build in charges to compensate for the time wasted,' the minister said.,

He said the inter-ministerial committee has the Minister of Works, Senator Sanusi Dagash; the Minister of Transport,.Alhaji Suleiman Yusuf; the Federal Capital Minister, Senator Bala Muhammed ; and the Minister of Niger Delta Affairs, Chief Godsday Orubebe, as members.

The Director-General of the Bureau for Public Procurement, Mr. Emeka Eze, is also a member of the committee.

Maku, who was in company with Muhammed; the Minister of Education, Prof. Rukayutu Rufai; and the Minister of State, Niger Delta Affairs, Mr. Samuel Odeh, said that the committee to work out the framework for the reinbursement of states that rehabilitated Federal facilities, was also headed by the vice-president.

He said, 'In recent years, we have a situation where state governments sometimes on their own take up the construction of federal highways.

'The Federal Government has been very happy with this development because we are in a cooperating federation. We believe that we are working towards the same purpose to provide services for our people and improve on our infrastructure.

'Several states have adopted this method in the past, when they finish their work, they forward their cost to the Federal Government for reimbursement.

'We want to systemise it. We want to set up a process in which the practice is regulated so that there will be checks and balances'.

Maku also explained that FEC intended to review the implementation of the Seven-Point Agenda in order to strengthen it.

He said, 'This administration had never contemplated jettisoning the agenda. What it is doing is to find ways of improving its implementation.'

Contracts approved by the FEC on Wednesday included the FCTA for infrastructural development in the Katampe District at the sum of N6.1bn; the construction of a dual carriageway on the Port-Harcourt- Aba Road; and land reclamation in parts of Delta State.

The framework is expected to 'standardise ICT education and facilitate inter-disciplinary cooperation in its implementation.'