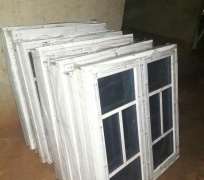 Prosecutor, Adekunle Bukola told the court that the accused broke into the house of one Abimbola Amsat on the 12th of May, 2017 around Ayekaale area in Osogbo and stole the aluminum windows already fixed to a five bedroom flat building.

She explained that the offence contravened section 390(1) and section 411 of Criminal Code Cap 34, volume II, Laws of Osun State of Nigeria, 2003.

The accused however pleaded not guilty of the charge. His counsel, Raji Abiodun prayed the court for the bail of the accused in the most liberal terms.

In his ruling, Magistrate Olusola Aluko granted the accused bail of N20,000 with two sureties in like sum and adjourned the case till July 7, 2017.