Oshiomhole, Shaibu, Ssg, Others Disowned Agbomhere Distanced Themselves From Allegations. 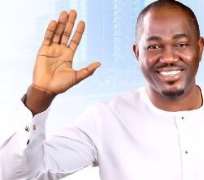 The former governor of Edo State Comrade Adams Oshiomhole, Deputy Governor of the State Comrade Philip Shaibu, the Secretary to the Edo State Government Barr. Osarodion Ogie and other leaders of the State has disowned and distanced themselves from the political travail of one Blessing Agbomere who has taken to the media to criticize the leadership of the state by levelling allegations against them over his frustration and lossses at the governorship and the Federal House of Representative Primary due to his youthful exuberance, disrespect and arrogance which made him flout party rules.

Rising from an enlarged meeting today in Auchi the Edo North Political Forum has vowed to give their backing and support to the current leadership of the State despite the ongoing campaign of Columny and reckless utterances by the said Agbomhere . The group frowned at Politicization of personal ambition against the overall interest of the people of Edo State. "Blessing Agbomhere has no political profile and therefore cannot be given underserved attention because of his capacity to tell lies."

In a communique signed by the Secretary of the Forum Benjamin Atu, the group accused Mr. Blessing Agbomhere of endangering the unity, peace and progress of the state and will be made to answer questions from relevant security agencies of government in due time. They also condemned the protest led by Agbomhere against the former Governor of the State Comrade Adams Oshiomhole and the Incumbent Deputy Governor Comrade Philip Shaibu in Auchi.

“By virtue of the fact that he is a member of the All Progressive Congress (APC) and a former aspirant, he ought to be a peace builder. It is ironical that a political office seeker who ought to be a justice of peace will twist facts, lead an illegal protest knowing the security implications, just to score a selfish political point. Expecting him to exhibit decorum, the leaders warned that they would not allow the selfish ambition of some foreign politicians to derail the development of of the state.

Wondering why the good name of Adams Oshiomhole, Philip Shaibu and Barr. Osarodion Ogie Should be tarnished to justify personal satisfaction Benjamin Atu advised critics of Philip Shaibu to define the objectives and strategies of their struggles more clearly than degenerating into abuses, lies and wild allegations against the best Legislator which Edo State has ever produced since the creation of the state. He cautioned them to sharpen their pen for proper research and investigation about the above personalities before yielding themselves to cheap black mail.

The Statement describe the Publication with the tittle "Why Oshiomhole, Shaibu and Ogie Want Blessing Agbomhere Dead " as a reckless utterance and ridiculous. What relevance is Blessing Agbomhere to the people of Edo State that made him feel so important? Adams Oshiomhole and Philip Shaibu became popular in Nigeria as freedom fighters and will be wrong for any one to described them as tormentors of the oppress despite their political track record which has revolutionized the entire State. The group has described Mr. Blessing Agbohmere as a legless man who want to teach others how to run. A man who knows the way yet cannot drive the car. He is therefore expected to withdrew his words and apologise to the leadership of the state over his reckless utterances and be of good character with respect for constituted authority. This publication therefore also serve as an invitation to Blessing Agbomhere and his group on a two weeks crash program on cooperate respect and leadership course under the office of the Deputy Governor of the State.