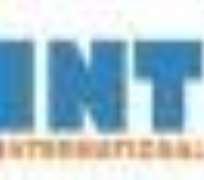 (Intersociety Nigeria: 19th May 2017)-The leadership of Int’l Society for Civil Liberties & the Rule of Law (Intersociety) wishes to urge all Nigerians and their international friends and partners to be very cautious and careful over the recent public warning by Lt Gen Tukur Yusuf Buratai (COAS) of possible plans by “some politicians” to stage a military coup in Nigeria using members of the Nigerian Army. The COAS had in his public warning through a statement issued by the Director of Nigerian Army Public Relations; Brig Gen Sani Kukasheka Usman disclosed that “he has received information that some individuals have been approaching some officers and soldiers for undisclosed political reasons”. He further “warned such persons to desist from these acts” and reminded them that “Nigerian Army is a thorough professional, disciplined, loyal and apolitical institution that has clear Constitutional roles and responsibilities” and strongly “advised all officers and soldiers interested in politics, to resign their commission or apply for voluntary discharge forthwith”.

Our deepest concern necessitating this public statement of ours is the sweeping alacrity with which Nigerians including media, democracy and human rights activists and practitioners as well as some members of the international community have reacted to the said COAS and his Army’s grossly un-investigated statement without subjecting same to critical or forensic analyses and un-bottling of its fundamental question marks so as to ensure that the warning-statement was made in good faith and not another grand design targeted at enemy citizens or so called enemies of the Buhari Administration for the vindictive purpose of hounding them into State captivity under phantom charges of treason and treasonable felony.

It is on indisputable records that the present Federal Government in Nigeria and its political dispensation instituted on 29th May 2015 under controversial democratic process had since its inception goofed disastrously and unpardonably on numerous critical policy issues and governance conducts or pronouncements; to the extent that out of its 24 months or 720 days in office, at least 360 lies and minutest fraction of miniature truths have been told or dished out to Nigerian public and members of the int’l community. Key participants in the litany of policy and governance conducts lies include the Presidency, Nigerian Army and anti graft agencies such as EFCC.

Instances warranting application of extreme caution by Nigerians over such generalized and unprocessed statement include the total denial by Nigerian Army and its Coas of international rights reports on Nigerian Army’s gross rights abuses in its counter insurgency operations in the Northeast including the death in 2016 in its Giwa Barracks custody of 240 civilians including 29 children aged between new born and five years; the massacre of over 1000 defenseless and unarmed members of the Islamic Movement of Nigeria or Shiites in December 2015 in which the same COAS falsely and abominably claimed that “the Shiites attempted to assassinate him”; without provision of any linking evidence known to Nigerian Criminal Laws till date. The Nigerian Army till date has also not accepted responsibility for massacring over 270 unarmed and defenseless pro Biafra campaigners and maiming of over 380 others.

Apart from basket-load of these unanswered justiciable gross rights abuses on the head of the COAS, he has long also overstayed his statutory service-career in the Nigerian Army having attained mandatory 35years of service since January 2016; but kept dictatorially and unconstitutionally till date by his ailing Commander-in-Chief.

Further, the COAS and his Army’s recent public information regarding its so called swapping of some Boko Haram terrorists with some captured Chibok girls is criminologically and legally illogical, watery and incoherent. The clear status of the so called “swapped Boko Haram terrorists” was never convincingly and truthfully disclosed. The said missing status include the names and exact number of the swapped Boko Haram terrorists, when and where they were arrested, where they were detained, when, where and how they were investigated, how long they have been detained, whether they have been detained with or without trial, if they have been put on trial, whether their trial (if any) has been in open court, secret court or military court; and whether the Attorney Gen of the Federation has discontinued their trial before their so called swapping with some captured Chibok girls; etc.

It is therefore the totality of the foregoing that necessitates this public statement of ours. We have always gone beyond sweeping reading or viewing of policies and governance conducts and pronouncements of any government and its institutions in Nigeria or any part thereof. For every policy of government and its governance conduct or pronouncement in the country or any part thereof, we hold strongly that it must be forensically viewed and critically analyzed. In other words, it must be read in between the lines so as to demystify same and expose its hidden obnoxious, dubious and criminal intents.

While the strong sentiments of the generality of Nigerians and their regional and international contemporaries against military coup or military incursion into Nigeria political landscape are understandably appealing to us at Intersociety, but extreme caution is roundly required so as to avoid sweeping digestion of the COAS coup warning, which is gravely unprocessed and unscientific. Holistic acceptance of such warning without raising some critical or fundamental questions in the direction of the COAS and its Army can be democratically and publicly disastrous.

Consequently, we wish to raise the following fundamental questions arising from the COAS coup warning: (a) is it truly correct to say that the Nigerian Army under COAS Lt Gen Tukur Yusuf Buratai is thoroughly professional, non partisan or apolitical, disciplined, loyal and equitably composed? (b) what is the geopolitical composition of the Nigerian Army command and its rank and file under COAS Tukur Yusuf Buratai in accordance with the Federal Character Principles and Section 14 (3) of Nigeria’s 1999 Constitution?

Others are: (c) what is the ratio composition between predominantly Muslim North and predominantly Christian South of the command and the rank and file of the present Nigerian Army under COAS Tukur Buratai (d) has the present Nigerian Army and its roles made Nigeria a democratic society or diarchy society (militarized civil space)? (e) who is responsible for present militarization of Nigerian democracy and its political landscape including provision of soldiers to politicians and questionable billionaires as body guards and escorts? (f) considering the present grossly lopsided composition of the Nigerian Army, which section of the country is strategically positioned or has what it takes to stage a military coup in Nigeria today and for what?

The rest are: (g) is it not correct to say that the so called “born to rule” section of the country has adopted an option of military coup if the need arises so as to maintain their present leadership status quo in Nigeria? (i) where did the latest coup alarm emanate from and has it been thoroughly investigated by SSS, NIA, DMI or DIG Criminal Investigations of the Nigeria Police Force? (j) why was such information generalized or dished out by the COAS without details? (k) is it correct to say that the coup alarm is another vindictive and suppressive strategy targeted at regime enemies after loot plantings have failed? (l) why did such intelligence information emanate from the COAS instead of SSS, NIA, DMI, FCID or Ministry of Interior? (m) was there truly a plan by some politicians to stage a coup using the Nigerian Army as alleged by the COAS or was it a hoax?

We therefore demand strongly and call for hybrid investigations into Lt Gen Tukur Buratai’s coup warning alarm. The Senate and House of Reps Committees on Defense, Intelligence, Interior, Army, Police and Justice are called upon to thoroughly look into the allegation; likewise DIG Criminal Investigations, DG SSS and DG NIA, to be joined by Director of DMI. In all the investigative sittings and fact-findings, the COAS and his Director of Army Public Relations must appear in person to say how they came about such serious allegation. The outcomes of such investigations and facts-findings shall inexcusably be made public and on time.