On the proposed NCR bill before the National Assembly 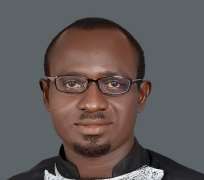 My heart bleeds when people speciously and parochially argue in order to deceive gullible minds. I am aware of the rabid hatred of doctors by their supposed neighbours in the health sector, but that does not call for unwarranted opposition to doctors at all times. Whatever NMA says or does today our neighbours must fastidiously find a fault in it. Before the appointment of Dr Paul Orhii , a medical doctor, as the DG of NAFDAC, they sponsored a lot publications on why Dr Paul Orhii should not head NAFDAC, the macabre dance continued even after the then president ignored their petulant ranting and appointed Dr Paul Orhii as the DG of NAFDAC, they challenged the appointment in court, questioning the sagacity of the then presidency. The court did the needful by humiliating them. The madness did not end there ,when NMA urged Fg to stop foreign medical tourism by public office holders, they countered the stance of NMA in a riposte captioned ‘Physician, heal thyself’. In that riposte they encouraged public office holders to be travelling abroad for medical treatments just to make sure they were in opposition to NMA.

My question is must they always oppose NMA in all matters? Which health union in the world encourages the citizens to be wasting money abroad in the name of medical tourism? Just recently, NMA released her communiqué at the end of the 57th Annual Delegates Meeting (ADM) at Calabar and the PSN chairman Kwara state retorted as thus:

“Sadly, they want to be paid like doctors in the USA without considering if the economy of the country can support that. Yet, they don’t want other health workers to be paid with the same scale. Whereas government have been trying to bridge that gap. The doctors go for 6 years of training same as the pharmacists and graduate nurses. Why must they be singled out. It’s a team structure and issues like this can collapse the team spirit in the system,”

My reply to such servant-mentality PSN press release will be in my next publication on Harmonisation of salaries of healthcare workers. This opposition/madness got to a level that they went to court to challenge the phrase ‘medically-qualified’ , with the ulterior motive of answering Medical Doctors once they got PhD but the court expectedly lived up to expectation and floored them hence the matter was laid to rest.

Coming to the proposed National Council On Radiology and Radiation Medicine bill currently before the National Assembly , one clown has once again voiced his ignorance through a publication titled ‘A Bill Willing To Kill the Entire Health Sector “. The title itself is both hyperbolic and ironic. Hyperbole as a figure of speech helps to draw an attention to and exagerate an infinitesimal issue whereas Irony is used to show the opposite of what one says or does. Contrary to what the writer naively presented,the bill when passed will unite and strengthen our volatile health sector, as we are going to see shortly.

He began by alleging that Radiology was not a profession whereas his own Radiography was a profession. Oxford English Dictionary defines Profession as a type of job that needs special training or skill, especially one that needs a high level of education. I will simply establish the premise and leave the conclusion in the hands of my reader(s), which one should technically be called a profession based on the definition Oxford dictionary gave us,Radiography that is gotten as a first degree after five years in the university or Radiology that is gotten as follows: a minimum of six years in the medical school, then one year compulsory internship programme, and another one year NYSC programme, then finally four years of an intensive residency training under the strict supervision of medical consultants. I need nobody to remind me that Radiographers equally partake in Internship and NYSC programmes but internship and NYSC programmes are not prerequisites for them to be called Radiographers .They become Radiographers on the day of being sworn in ,at the University ,the same way medical graduates become medical doctors(not Radiologists) on the day of swearing-in/Hippocratic oath. The point I am stressing here is that no one becomes a Radiologist from first degree programme whereas Radiography is a first degree programme of five years after secondary school. It takes a minimum of twelve solid years for somebody to become a Radiologist after secondary school. Then revisiting the earlier definition by Oxford University lexicographers, which one can technically fit into the definition of Skill/job requiring higher education or special training, Radiography or Radiology?

On the claim of subjugation of possible RRBN Act
The writer naively went ahead to claim that the intention of the National Council on Radiology and Radiation Medicine(NCR ) bill was to permanently subjugate the RRBN Act, on the contrary the bill recognizes and upholds the duties of all the individual regulatory agencies, councils et cetera under it. It shows that the writer never studied the proposed bill before coming out to blow a false alarm. In fact , section 1(L) of the of the proposed bill clearly states that the aim of NCR is to :

Maintain an on-going relationship with other agencies and boards involved in monitoring of members involved in the practice of Radiology e.g. MDCN, RRBN, NNRA, ARIN, ARN etc

If the section I quoted above means subjugating the function of all regulating agencies, that means that Medical and Dental Council of Nigeria (MDCN), which regulates medical doctors, is not exonerated. However, even a pupil in primary school understands what the quoted section of the proposed bill stands for. If the fellow did not understand that section,should he not have asked any kid in the kindergarten to explain clause for him? I am still confused at what really informed this fellow in raising the false alarm?

How can we work as a team?
With this mentality, how can there be peace in the health sector when every peace move by doctors is misconstrued and misinterpreted? When Joint Health Sector Unions (JOHESU) was formed to fight doctors in the health sector, did JOHESU subjugate individual associations like ARN,AMLSN, PSN et cetera? In the field of engineering we have a regulatory agency that functions like our proposed NCR ,they call theirs COREN( Council for the Regulation of Engineering in Nigeria),has COREN subjugated other regulatory agencies for different engineering professions(Mechanical,Civil,Electrical,Electronic,Metallurgical,Agricultural engineering et cetera). In the business world, the Corporate Affairs Commission (CAC) is there acting our Proposed NCR, regulating all business activities by all professions. Has CAC subjugated all the other regulatory agencies under it? Can a doctor register his hospital with CAC without the MDCN licence or can a law firm be registered with Corporate Affairs Commission without submitting all the documents issued by the Council regulating legal profession in Nigeria or Nigeria Bar Association (NBA)? Even after registration with the CAC ,the doctor or the lawyer is still under MDCN and NBA respectively. The same is applicable to other professions that want to register their businesses with CAC. It is an undisputed fact that since COREN and CAC came into existence quacks have been shown the way out.

The writer went ahead to erroneously state that ‘This bill is not for the health interest of the public but for shear(sic) greed by radiologists ‘ That is purely a crap because when the bill is passed ,it will serve same functions as COREN and CAC, with sole aim of fighting quacks to a standstill and harmonising radiological practices in Nigeria. Quacks cash in on the disunity in the sector to unleash their mayhem to unsuspecting members of the Nigerian public. Today, a quack can open a diagnostic centre, the radiographers in the neighbourhood who are aware that the quack is not their member may assume that the quack may be a radiologist, and with the rabid hatred the radiographers have for the radiologists, they will never verify from the radiologists, hence the quack will continue with his quackery. What is happening now in the field of our radiological sciences was what was happening in our business and engineering fields before CAC and COREN respectively were created.

I call on the Ophthalmologists to toe the same path so that anybody opening an eye clinic will be properly identified. Currently, a quack can operate in an area for years, because the Optometrists will believe the quack may be an Ophthalmologist, and as earlier noted they will never verify from the ophthalmologists in the area hence the quack will continue to unleash mayhem to the populace. Finally, I will advise the writer to contact me for a copy of the proposed NCR bill because it is crystal clear that he had neither 'palpated' nor studied the proposed bill before coming out to ignorantly claim that the bill was going to duplicate functions of RRBN. Telling us the year and the decree that established the RRBN Act does not contribute anything to whether the proposed NCR bill should be passed or not. It is like asking somebody the capital of Ghana and the person replies ' that God created the universe'. The assertion in the answer is correct but does not answer the question asked. I want the writer to convince the world with plausible points why there should not be a unifying council for those in the PRACTICE OF THE PROFESSION OF RADIOLOGY, RADIATION MEDICINE, NUCLEAR MEDICINE, RADIOTHERAPY, RADIOGRAPHY, MEDICAL PHYSICS AND TECHNOLOGY AND FOR RELATED MATTERS as it is found in other developed climes. What does the writer understand by International best practices? Is it only applied when JOHESU wants to wrest power from the doctors?