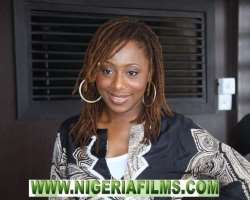 Beautiful Nollywood star, Dakore Egbuson, has said that nothing will make her dump her first love, acting, as it is being speculated by some people in the industry.

While speaking with Weekend Showbiz, the Bayelsa State- born actress said, “I have not dumped acting. Nothing can make me quit acting. It is my first love. I had other things I could do, but I chose acting not because of money but because I love it. No amount of money can make me dump it. In fact, I'll not stop acting even when I get married.”