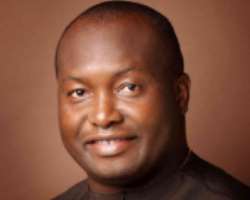 Following what it describes as disturbing scenarios of state sponsored abductions, arbitrary arrest and illegal detention in dungeons and surreptitious raids by the federal secret police- the Department of State Services, a call has gone to Global leaders to save Nigeria from relapsing into civilian tyranny similar to the military dictatorship witnessed in the past.

Therefore, the United Nations Organization (UN security Council) and worlds leaders including President Donald Trump of the United States, Mrs. Theresa May the premier of Great Britain and the German chancellor Mrs. Angela Dorothea Merkel have been urged to intervene and halt the steady descent of Nigeria into dictatorship and police state.

Making the plea is the Pro-democracy and Non-Governmental Organization- Human Rights Writers Association of Nigeria (HURIWA) which particularly condemned the Department of State Services (DSS) for clamping down of many Nigerians into detention without trial for many months including the recent arrest of a businessman Chief Ifeanyi Ubah.

Other high profile detainees include the recently released Ex-governor of Benue State Mr. Gabriel Suswan who was detained for over 90 days; the leader of the Islamic Movement of Nigeria Sheikh Ibrahim El-Zakzakky and the frequent harassment of perceived independent voices and political opposition leaders including the Governor of Rivers State Mr. Nyesom Wike.

HURIWA has also alleged that the Nigeria Police force, the Department of State Services and the Economic and Financial Crimes Commission seem to be working in collaboration with some powerful Presidency officials to invade private homes of perceived political opponents and deploying crude tactics to force prominent members of the opposition People's Democratic party in the National Assembly to cross over to the national ruling All Progressives Congress to weaken multiparty democracy in Nigeria.

The Pro-democracy Group said it has resolved to send petitions for the umpteenth time to World leaders on Nigeria’s current rapid descent into dictatorship and a full blown police state due to the intolerance of independent voices by the department of state services and security forces generally.

On the arbitrary arrest and illegal detention of the businessman Chief Ifeanyi Ubah over what his company’s Capital Oil claims to be a commercial dispute with the state run Nigerian National Petroleum Corporation (NNPC), the Rights Group said that it was undemocratic and unconstitutional.

HURIWA said it was totally reprehensible for the DSS to detain him (Ifeanyi Ubah) longer than the constitutionally stipulated period just as the group said the issues surrounding his arrest have been adjudged to be outside the jurisdiction of the department of state services.

Demanding his immediate release or arraignment in a competent court of law, the Rights group cited section 35(1) of the constitution and subsection (5) which provides thus: "35. (1) Every person shall be entitled to his personal liberty and no person shall be deprived of such liberty save in the following cases and in accordance with a procedure permitted by law."

The Rights group reminded the DSS that subsection 5 of the said section states also that “(5) In subsection (4) of this section, the expression "a reasonable time" means - (a) in the case of an arrest or detention in any place where there is a court of competent jurisdiction within a radius of forty kilometres, a period of one day; and (b) in any other case, a period of two days or such longer period as in the circumstances may be considered by the court to be reasonable”.

The Department of State Services (DSS) had arrested the renowned businessman and Football team sponsor Chief Ifeanyi Ubah, the chairman of Capital Oil and Gas Limited, over alleged theft of petrol worth N11 billion.

HURIWA recalled that a statement by an official of DSS, Tony Opuiyo, said in line with the statutory mandate of the DSS to investigate economic crimes of national security dimension, the Service, on 5th May, 2017, arrested Ifeanyi Ubah.

Opuiyo said Ubah was arrested in connection with the theft of petrol kept by the Nigerian National Petroleum Corporation, NNPC, in his tank farm in Lagos. The product was valued at over N11 billion.

But the management of Cap­ital Oil and Gas Indus­tries Limited subsequently accused the Department of State Services (DSS) of trying to crim­inalize a commercial dispute be­tween it and the Nigerian Nation­al Petroleum Corporation (NNPC) – with the arrest and detention of its Chairman, Dr. Patrick Ifeanyi Ubah.

Capital Oil highlighted the var­ious transactions it had with the NNPC for which the corporation was yet to pay it N16 billion.

The Rights group said the National Assembly has also failed to carry out thorough oversight and audit of the detention facilities administered by the Department of State Services even as there is a groundswell of allegations that many Nigerians are now languishing in those facilities without prosecution for any known crimes.