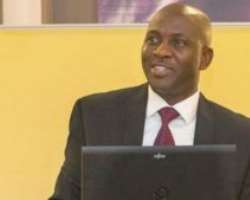 The Nigeria LNG Limited (NLNG) has faulted the  the passing of a bill for the amendment of the NLNG (Fiscal Incentives, Guarantees and Assurances) Act by the Federal House of Representatives.

The gas giant said in a statement signed by Kudo Eresia-Eke, General Manager, External Relations Division: “As we have said previously, including at a public hearing convened by the National Assembly in April 2016, we do not believe that this is in the national interest, as its direct consequence would be to project Nigeria as a sovereign-state promise breaker and an unsuitable destination for investments.

“A statement released by the General Manager, External Relations of the company, said the amendment violates the Assurances and Guarantees granted the investors by the country, and reinforced by successive governments, which paved the way for the huge international investment that enabled the company to become a reality and the success story it is today.

“The main thrust of the Guarantees and Assurances were to assure the foreign investors that their investments would be protected by the non-amendment of the NLNG Act. This is the reason why the NLNG Act has remained intact and protected by all administrations from inception, in recognition of the sanctity thereof.

“Reacting to the news of the said passage of the amendment by the House of Representatives, the Managing Director of Nigeria LNG, Tony Attah, said the proposed amendment can ONLY be a DIRECT ATTACK on the present Government's EASE OF DOING BUSINESS AGENDA and in the current administration's determination to attract direct foreign investment to Nigeria. It needs to be clearly stated that INVESTMENTS are unlikely to flow into an environment where contracts and agreements are flagrantly violated as is imminent in this instance.

“By way of background, the Niger Delta Development Commission (NDDC) Act has its origin in the need to address the adverse effects of upstream oil and gas exploration and production activity – specifically oil spills and gas flaring – as well as the development needs of the Niger Delta region.

“For the avoidance of any doubt, NLNG does not prospect for or extract gas from the ground. The Company buys feed stock from its gas suppliers, which it proceeds to clean and cool for sale.  As such, the company is like any manufacturing, petrochemical or refining firm that uses gas as feedstock, and there are quite a number of them in the Niger Delta. We are unaware that any other company is being targeted as NLNG apparently is. NLNG helps to convert and monetise gas for the benefit of the environment, shareholders and other stakeholders including the Government and Nigeria.

“Nevertheless, NLNG has since inception continued to pay applicable taxes, levies and charges to local, state and federal tiers of Government amounting to well over $5.5 billion. This is besides about $15 billion already paid in dividends to the Federal Government through the NNPC.  In addition, we operate a robust corporate social responsibility programme, considered to a model by the rest of the oil and gas industry. The programme has cost about 200 million US dollars to date and extends to areas including business and human capacity development and infrastructure development in our primary areas of operation and across Nigeria. It is instructive that NLNG was operating a Nigeria scholarship scheme even before it exported its first cargo in 1999/2000. More recently, the company has spent 12 million US dollars to donate engineering laboratories and equipment to 6 universities across Nigeria's geo-political zones, to support science and technology teaching and research. In addition, NLNG currently supplies 40% of the nation's cooking gas (LPG) while also providing scholarships to Internally Displaced Persons (IDPs) in the North-East of the country.

“This curious amendment initiative represents the first time in the history of legislative practice in Nigeria, when a law is amended for the sole purpose of imposing a levy against a private company for the benefit of an agency of government. The current National Assembly is strongly urged not to inadvertently lend itself to the establishment of such an unjust and potentially damaging precedent. More so when the said agency in this instance had lost its claim in the courts, including the Supreme Court of the land.

“As a private company with the vision to help build a better Nigeria, we are aware that courtesy of the referenced assurances and guarantees as well as the regulations and provisions of the law, shareholders and NLNG have the right to pursue the protection of our business interests as provided for under the same regulations and the law.

NLNG wishes to state that should the need arise it shall seek that protection under the law.”