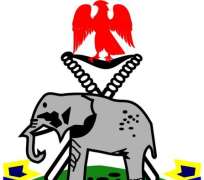 The accused was charged with five count charge of Conspiracy, Fraud, False pretense, Assault and unlawful possession of gun.

The prosecutor, Lamidi Rasaq, told the court that sometimes in 2016 in Osogbo, the accused with others at large, fraudulently obtained N200,000 from one Alhaja Falilat Lasisi under false pretense to help her rent a palm tree plantation.

Rasaq said the accused not only converted the N200,000 and palm oil worth N1,160,000 to his use but also assaulted the complainant.

He explained that the accused also had in his possession, nine guns.

The accused however pleaded not guilty to the charges levelled against him.

His counsel, Barrister Laide Abiodun, while praying for the bail of the accused, promised he has reliable sureties and won't jump bail if granted.

In her ruling, Magistrate Fatimo Sodamade granted the accused bail of N200,000 with one surety in like sum and adjourned the case till 31 July, 2017