Buhari should tell Nigerians what exactly is wrong withg his health: Prof Soyinka 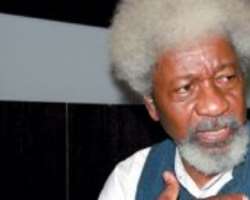 President Muhammadu Buhari has been called upon to make his state of health public to Nigerians since the President is a public property.

He further went on to say that “Once you are in Aso Rock, or you occupy a similar position, you have a responsibility to come out frankly to your citizens. “Guarding your state of health like Donald Trump is guarding his tax returns is not what we expect from a Nigerian president. “Let him address the nation and stop all these speculations which creates unnecessary political manipulations among other things.” Vanguard