US readies military for any eventuality on North Korea 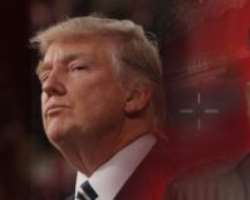 President Trump is stepping up diplomatic and economic pressure on North Korea, and military preparations are “underway” in the event that such action is necessary, a senior administration official told reporters on Wednesday.

“What you've seen is a really integrated effort to prioritize diplomatic and informational aspects of national power, but also what you will see soon is using the economic dimension of national power, as well as the military preparations that are underway,” said the official, who requested anonymity.

But Sen. Chris Coons, D-Del., said after a closed-door North Korea briefing for senators on the White House grounds that “preemptive strike options were not presented” to those who attended.

“The briefing showed the thoroughness and the detail and the preparation and the work that's going into making our military appropriately postured in the event that there is some unexpected development by North Korea, and our diplomatic effort,” Coons told reporters.

“There was not specific conversation” about seeking congressional authorization for new sanctions or the use of force “or imminently needing any such authorization,” Coons said.

His comments came as senators emerged from a briefing by top Trump national security aides in the Eisenhower Executive Office Building. Vice President Mike Pence spoke first, then Trump, then national security adviser H.R. McMaster, before the actual briefing, which was run by Director of National Intelligence Dan Coats, Defense Secretary Jim Mattis, Secretary of State Rex Tillerson, and Gen. Joseph Dunford, the chairman of the Joint Chiefs of Staff. After making a presentation, the briefers took questions from the chairpersons and ranking members of major committees, participants said. They later went to Congress for a briefing open to all of the members of the House of Representatives.

“The president's approach aims to pressure North Korea into dismantling its nuclear, ballistic missile, and proliferation programs by tightening economic sanctions and pursuing diplomatic measures with our allies and regional partners,” Coats, Mattis, Tillerson and Dunford said in a joint statement. “We are engaging responsible members of the international community to increase pressure on the DPRK (North Korea) in order to convince the regime to de-escalate and return to the path of dialogue.”

Almost concurrent with the session for senators, the anonymous senior official came to the White House briefing room to mount a defense of Trump's handling of national security in his first 100 days in office, including a broad review of his approach to North Korea.

Asked to flesh out what the military preparations were, and whether they would include a visible show of force to North Korea, the official declined. “I don't think we're going to describe those in any detail,” he said.

The United States has deployed missile defenses to South Korea and naval military assets to the Sea of Japan, and it is known to have used electronic intrusions to disrupt North Korean plans. The Trump administration is “vigilant” about watching for another North Korean nuclear test, ballistic missile test or intercontinental ballistic missile test and is “prepared to respond to any of those provocations,” the official said.

Coons told reporters in the White House driveway: “I do think there was an appropriate and thoughtful focus on how we would react if North Korea took a more aggressive posture.” He noted the deployment of an aircraft carrier battle group to the region and the presence in the region of a ship “outfitted for the possibility of a Tomahawk [missile] strike if that were to happen.” And he said Trump has worked to “put us in a posture where we would be able to respond if there were an unexpected abrupt change in North Korea's posture.”

On the economic front, the anonymous official pointed to a recent military parade in North Korea to highlight the need to tighten the vise on the secretive Stalinist regime in Pyongyang.

“If you just look at the images — right? — of the big parade there recently and look at the complexity of that equipment,” the official said, “those components, even the tires — right? — are not made in North Korea. So it's clear that all of us have a lot more to do to isolate the regime from its access to the kind of materials and technologies and components it needs to advance” its ballistic missile and nuclear programs.

A Republican senator who attended the briefing for lawmakers told Yahoo News that he emerged with “renewed confidence” that the Trump administration would impose sanctions on “Chinese entities, individuals and corporations” that flout sanctions imposed by the United States and United Nations. “North Korea is down to a handful of friends,” said the senator, who underlined that the administration is required by law to impose economic retribution against any known violator of the sanctions or release a waiver explaining why.