Is 10 per cent Corruption? 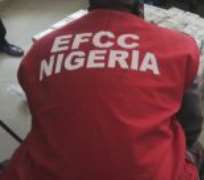 With the recent unearthing of more corruption scandals in the public sector, the average Nigerian is repelled by the grand levels of corruption that exists at the highest level of Government/Private sector.

It is very easy as usual to point fingers to the few that have been caught and for the rest of us to pretend as if we are not part of the mess of corruption that has taken over our country. When Fela Anikulapo Kuti sang about the 10 per cent kick-back culture that started to rear its head in the 1960s and 1970s, I reckon that even he could not have imagined where those seemingly petty '10 per cents' would have landed us into by the beginning of this century up till now. In conversations with many average Nigerians it seems like there is significant misunderstanding of what corruption is and most importantly, the extent to which most of us are culpable participants and perpetrators of brazen acts of corruption.

A few years ago, as I made the transition from being a senior human resources professional in the banking industry to establishing a people development firm, many people thought that my new company will continue to exist as a 'side-business', while I used my high office to cleverly divert training jobs to myself.

I was asked this question several times by family and friends – each time they wondered why I didn't structure my exit in that manner rather than just taking the plunge.

They always said, I could do that for a few years and once it stabilized, I could make a 'glorious' transition to full time entrepreneurship. As the months rolled into years, and the harsh realities of entrepreneurship began to bite, I began to connect to what they were referring.

Quite a number of human resources directors and managers and training managers had taken the route that I had not chosen – they ran their own side businesses, which ended up getting the training and consulting mandates from their own companies/agencies.

As a check, visit the websites of a number of training firms and you will observe that under 'Our People', there are no actual names of staff or directors listed. So, when we think about the allegations levelled against the suspended Secretary to the Government of the Federation regarding the award of contracts to his own companies, we can see that many of us are equally culpable.

In the last seven years, our firm has had to turn down dozens of juicy training mandates because the contracting managers/directors have asked for the regular 10 per cent. A few people who have worked with us over the years have questioned our 'naivety', and argued that our position was not practical considering that “everyone” does it, and that this is just the way business is done in Nigeria.

Then a few years ago, we got a major shocker when one of my colleagues attended a training programme put together by an agency meant to be certifying trainers and consultants across the country. During a discussion on marketing of training and consulting services, the facilitator brought up the issue of 10 per cent and explained to participants who were all trainers and consultants that the biggest problem in the training industry was the fact that there was no consensus around the 'figure' that trainers offered, causing unhealthy competition.

Was she referring to a need to regulate our professional fees – daily rates and so on – No! She was referring to the outrageous amounts of kick-back that some trainers offered ranging from 20-50 per cent of the contract amounts and how we all needed to agree together as an industry that we should set a threshold of 10 per cent, so that the industry could compete on a more level platform.

My colleagues tried to argue for 0 per cent and zero-tolerance to gratification and they were promptly told that their CEO (me) was obviously “settling” behind the scenes, after all according to the Ehusani latrine theory – the only people that do well in a dirty latrine are maggots: we had to be doing some maggot like stuff to even be surviving in the business environment in Nigeria. So, it seems like many Nigerians the facilitator and participants at that training do not think that 10 per cent is corruption, that's why that culture continues to persist. Many of our countrymen and women also do not think that issuing contracts to their own firms is not an act of abuse of office – they just think it is the Nigerian way.

I could quote from sections of the independent Corrupt Practices Act and Economic and Financial Crimes Commission Act the various laws and stipulations against gratification, abuse of office and nepotism, but it will only prove one thing – that is not for a lack of laws or institutions, it is rather because of the depravity that most of us suffer that corruption continues to be the dominant culture of our country.

To end this, let me just state that human beings are driven by incentives. So, when I start from 10 per cent and graduate to up to 50 per cent, a natural incentive will be created to hyper-inflate the contract amounts and the budgets so that the percentages translate to higher 'cuts' for me.

As a practitioner, if I can get away with hundreds of millions just because I can settle, what incentive do I have to deliver quality – I will rather cut corners and keep earning super profits. As a conflicted contracting manager, will I not be incentivized to start inflating the costs so that my side businesses earn more to the detriment of my employers? My fellow Nigerians this is how we graduate from 10 per cent to USD 40 million dollars!

Omagbitse Barrow is a teacher of values based leadership at Abuja-based Learning Impact NG.