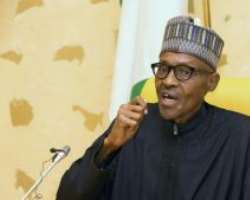 The Nigerian army on Wednesday launched a monthlong operation to reduce violence in the center of the country, as ethnically charged fighting pressures a government already tackling Boko Haram in the northeast and militants in the oil-rich south.

Hundreds are thought to have died in clashes that often carry religious overtones in deeply divided Nigeria, with Muslim herders facing off against Christian farmers in a country almost evenly split between the two faiths.

Precise figures for deaths are hard to come by, but the incidents threaten a political backlash for the administration of President Muhammadu Buhari, himself a Muslim.

“The operation is aimed at addressing the issue of insecurity in southern Kaduna state and parts of Kano, Plateau and Bauchi states,” said the military in a statement.

The army will also offer humanitarian aid to the region, including medical support, it said.

Buhari, a former military ruler, had vowed to restore order in Africa’s most populous nation when he came to power in May 2015.