How Trump adviser's visit to Moscow got the F.B.I.'s attention 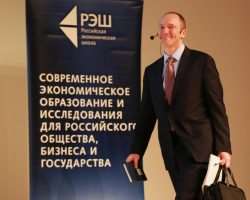 Ever since F.B.I. investigators discovered in 2013 that a Russian spy was trying to recruit an American businessman named Carter Page, the bureau maintained an occasional interest in Mr. Page. So when he became a foreign policy adviser to the Trump campaign last year and gave a Russia -friendly speech at a prestigious Moscow institute, it soon caught the bureau's attention.

That trip last July was a catalyst for the F.B.I. investigation into connections between Russia and President Trump's campaign, according to current and former law enforcement and intelligence officials.

It is unclear exactly what about Mr. Page's visit drew the F.B.I.'s interest: meetings he had during his three days in Moscow, intercepted communications of Russian officials speaking about him, or something else.

After Mr. Page, 45 — a Navy veteran and businessman who had lived in Moscow for three years — stepped down from the Trump campaign in September, the F.B.I. obtained a warrant from the Foreign Intelligence Surveillance Court allowing the authorities to monitor his communications on the suspicion that he was a Russian agent.

From the Russia trip of the once-obscure Mr. Page grew a wide-ranging investigation, now accompanied by two congressional inquiries, that has cast a shadow over the early months of the Trump administration. At a House Intelligence Committee hearing last month, the F.B.I. director, James B. Comey, took the unusual step of publicly acknowledging the investigation of Russian interference in the election, which he said included possible links between Russia and Trump associates.

Developments beyond Mr. Page's trip may have heightened the F.B.I.'s concern about Russian meddling in the campaign. Paul Manafort, then Mr. Trump's campaign manager, was already under criminal investigation in connection with payments from a pro-Russian political party in Ukraine. WikiLeaks and two websites later identified as Russian intelligence fronts had begun releasing emails obtained when Democratic Party servers were hacked.

When the F.B.I. opened its investigation in late July, agents were just beginning to explore whether Mr. Trump's advisers had contacts with Russian government officials or intelligence operatives, according to the current and former American officials, who spoke about the continuing inquiry on the condition of anonymity. In the months that followed, they said, more evidence came to light, including intercepts of Russian officials discussing Mr. Page and other Trump associates.

In his talk at the New Economic School in Moscow, Mr. Page criticized American policy toward Russia in terms that echoed the position of President Vladimir V. Putin of Russia, declaring, “Washington and other Western capitals have impeded potential progress through their often hypocritical focus on ideas such as democratization, inequality, corruption and regime change.” His remarks accorded with Mr. Trump's positive view of the Russian president, which had prompted speculation about what Mr. Trump saw in Mr. Putin — more commonly denounced in the United States as a ruthless, anti-Western autocrat.

Mr. Page's relationship with Mr. Trump appears to have been fleeting. According to former Trump campaign officials, the two men have never met, though Mr. Page has said he attended some meetings where Mr. Trump was present.

But last spring, when Republican foreign policy experts were distancing themselves from Mr. Trump, Mr. Page served a purpose for the flailing Trump campaign. Dismissing the notion that his campaign was bereft of foreign policy expertise, the candidate read aloud a list of five people who had offered to advise him on world affairs — including “Carter Page, Ph.D.”

Mr. Page was unknown in Washington foreign policy circles. But his doctorate and his Russian experience were real. He had worked as a junior investment banker for Merrill Lynch for a time, living in Moscow from 2004 to 2007.

He subsequently started his own investment firm, Global Energy Capital L.L.C., and partnered on some deals with a Russian businessman, Sergey Yatsenko. Mr. Yatsenko had been deputy chief financial officer for the Russian energy giant Gazprom, which is majority-owned by the government and has close ties to Mr. Putin.

Mr. Page's role in the Trump campaign appears to have been minimal. Papers he wrote on energy policy languished unread. Former campaign officials play down his significance almost to the vanishing point, saying Mr. Page had no ID badge, desk or email address from the campaign.

But for Mr. Page, temporarily wearing the title of adviser to the man who would become president appears to have been gratifying. “The half year I spent on the Trump campaign meant more to me than the five years I spent in the Navy,” he said in an interview last month.

He denies that there was ever any possibility of his being recruited to spy for Russia, including his 2013 encounter with the Russian intelligence officer. “Zero risk then or ever in my life,” Mr. Page said.

After The Washington Post broke the news last week of the court warrant the F.B.I. had obtained, Mr. Page went on a Trump-like media blitz, defending his bona fides and asserting that he was the victim of a smear campaign by Obama administration officials and Hillary Clinton aides.

“You talk about fake narratives,” Mr. Page said on Fox News . “When you introduce false evidence in a court of law, including the FISA court,” he said, referring to the court that issued the warrant targeting him, “that is illegal. So, let's see what happens.”

He added, “I'm very encouraged that all of the lies that have been a drag on this administration are finally coming out into the open.”

Few who have met Mr. Page during his career appear to have pegged him as a likely prospect for either suspected spy or statesman. Born in 1971 in Minnesota and raised in Poughkeepsie, N.Y., he graduated in 1993 from the Naval Academy, where he was in the selective Trident Scholar Program, but left the Navy before the Sept. 11, 2001, terrorist attacks. He earned an M.B.A. at New York University and completed a doctorate a decade later at SOAS University of London. Photo

Richard Guerin, who was in his academy class and remains in regular touch, said Mr. Page had “a complicated mind.” “He's genuinely one of the smartest people I've ever met,” Mr. Guerin said. “I get a bit offended when I read reports of people calling him an 'idiot.'”

Mr. Guerin also said that, ever since Mr. Page's Navy days, when he drove a black Mercedes, his friend had reveled in lavish spending that sometimes seemed to exceed his means.

Oksana Antonenko, a senior political counselor at the European Bank for Reconstruction and Development, who was friendly with Mr. Page in London while he earned his Ph.D., said, “I think he is a nice, decent and perhaps a bit naïve guy.”

While the biographical sketch Mr. Page has used highlights his work at Merrill Lynch with Gazprom and a Russian electric power conglomerate called RAO UES, he appears not to have played a leading role in major deals. He later ran an international affairs program at Bard College in New York before founding Global Energy Capital. The private equity firm operates out of a co-working space in a Manhattan high-rise that Mr. Page has described, accurately though perhaps misleadingly, as “around the corner from Trump Tower.”

American businessmen in the tight-knit expatriate community in Moscow say they did not know Mr. Page and were not familiar with his business activities in Russia. “People I deal with on my board of directors just shrug their shoulders,” Alexis Rodzianko, president of the American Chamber of Commerce in Russia, said in an interview. “They've never heard of him.”

In April 2013, Mr. Page was caught on an F.B.I. wiretap in an investigation of suspected Russian intelligence officers in New York. Victor Podobnyy, one of three men later charged with being unregistered agents of a foreign power, had met Mr. Page at an energy symposium and was recorded describing him as “an idiot” with dreams of lucrative deals. There is no evidence that Mr. Page knew the man was an intelligence officer.

In 2014 and 2015, in articles for an online journal , Mr. Page mixed quirky observations with praise for Russia and criticism of American policy. The war in Ukraine, he wrote , was “precipitated by U.S. meddling.” And Igor Sechin, a close Putin ally and chief executive of the oil company Rosneft, Mr. Page wrote , “has done more to advance U.S.-Russian relations than any individual in or out of government from either side of the Atlantic over the past decade.” Photo

In March of last year, Sam Clovis, an economics professor and Tea Party activist in Iowa, was asked by the Trump campaign to line up some foreign policy advisers. He produced the list that included Mr. Page.

After several tries, Mr. Page got the campaign's permission to speak at the New Economic School, where Mr. Obama spoke in 2009. Denis Klimentov, a spokesman for the school, said some alumni knew of Mr. Page's work at Merrill Lynch in Moscow. But his role as a Trump adviser also played into the decision to invite him, Mr. Klimentov said in an email.

In recent months, Mr. Page has often seemed to revel in the attention he has drawn. In December, he gave another speech at the New Economic School, complaining that “fake news” had hurt United States-Russia relations.

His conduct has disturbed some who know him. Mr. Guerin said it was “disheartening” to hear that Mr. Page rated his time at the margins of the Trump campaign more highly than his Navy service. “I thought we were both patriotic,” Mr. Guerin said. “I would like to assume that as well right now. But events are unfolding that make you question that.”

Last Thursday, Mr. Page appeared on “Good Morning America” for questioning by George Stephanopoulos. He seemed feisty but upbeat, denying any impropriety and complaining about “a ton of false evidence.”